Well, the Big Day -Memorial Day - finally arrived. I've made a few posts about some of the activities leading up to it:

On Monday morning, Ms. Sue and I headed down towards Dothan, Alabama to Sunset Memorial Park Cemetery. It was a much bigger event than I had assumed it would be. They had one LARGE tent with a few hundred chairs in it for the Ceremony speakers and a few smaller tents for food. One local paper did a nice article on it here.

One of the highlights was the placing of flowers on 127 white crosses representing the soldiers killed in 2013.

After the Korean Conflict vets were recognized, the World war 2 Veterans were also recognized - ages up to 94. My 87 year old father is a WW2 & Korean Vet, but lives in a different city, and I wish he was healthy enuff to travel.

Below are some photos. You just HAFTA see these captures from a video clip of the rifle and cannon salute - the people walking in the upper right corner in red.... 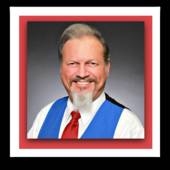