On June 1, 2013, Richard Polllard joined the Dietz Team. At that time, he had been a real estate agent with another agency for approximately 2 years. When Richard joined our team, he had closed 5 transactions during his short real estate career.

5 transactions during a 2 year time period. Hmmmm. Based on an average sales price of $200,000.00 and a 3% commission, that comes out to about $30,000.00 in commission for 2 years, BEFORE any expenses or broker shares. And before you ask, yes, Richard was a full-time agent. By full time, I mean he was completely devoted to real estate. He did not have any other jobs, he was doing real estate a full 40-50 hours per week!

Richard joined our team, on the very brink of giving up his dream of real estate. He saw successful agents out there, but was not able to get the coaching or training that he needed in order to be successful. He met the owner of the Dietz Team, John Dietz at a training class. Richard was very impressed with John's class and spoke with him after about his frustration with his lack of success.

I am very excited to announce that this weekend, Richard just celebrated his one year anniversary with the Dietz team. In the one year that he has been here, Richard closed 20 transactions and over $4,200,000.00 in sales. As if that isn't impressive enough, Richard had $1,500,000.00 in sales in one month alone!!!!

Richard contributes his success to a combination of things, but most importantly the coaching and training that he receives every day. A dedicated amount of lead generation time is standard every morning and nearly every weekend he has at least one, and many times more than one, open house at any of his different listings.

The Dietz Team is a team of 7full time real estate agents, based out of Palm Harbor, FL. We sell an average of 12-15 listings each month, and closed 125 transactions in 2013. If you are interested in finding out what your property might be worth, OR if you are a local real estate agent interested in finding out how you can start closing over 20 transactions a month, please contact our office at 727-451-3530. 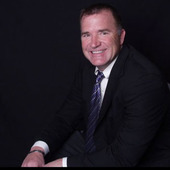