Like:
Home > Blogs > Kim Norton > Getting CREATIV by Kim Norton

Best Places to Own a Home in Arkansas? Bella Vista & Centerton Win!

The City Wire's online publication revealed that Bella Vista and Centerton, both in Benton County, ranked as the top two places to own a home in Arkansas.  This comes from a recent study by the consumer advocacy site NerdWallet.

The City Wire states," NerdWallet crunched the numbers for all 62 Arkansas communities with more than 5,000 residents to find the best cities for homeownership in the state. Here’s what the best cities had in common:

The criteria in this study looked at three main questions: Are homes affordable?; Can you afford to live there?; Is the city growing?" 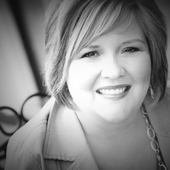