When the number of foreclosures decreases, it’s not without impact for South Lake Tahoe homeowners and investors. In any given month, South Lake Tahoe foreclosures may not always mimic the national averages, but over the long run, they do tend to be pretty close. And the national trend is clear: first quarter foreclosure activity decreased to the lowest level since the second quarter of 2007 (‘activity’ includes default notices, scheduled auctions and outright bank repossessions).
Recent figures from RealtyTrac, the leading source of housing data, put U.S. foreclosures at their lowest levels in seven years. The 42-month national decrease had been momentarily interrupted by a 4% rise in March, but even with that momentary hiccup, foreclosure rates were still 23% below 2013 levels. RealtyTrac calculates that there were just over 30,000 bank repossessions in the U.S. in April—a slight uptick from the previous month, but still a full 14% lower than a year ago.
• One Reason Why
Rising prices mean that more people have positive equity in their homes. In the second quarter of 2013, 2.5 million of the homeowners who’d been underwater found themselves back in positive territory. As property prices continue to rise in 2014, more homeowners are moving out of the negative equity trap.
• Many Foreclosed-On Homeowners Still in Their Homes
Although the 2007 downturn led to a surge foreclosures, many homeowners have stayed in their properties. It’s estimated that currently half of all bank-owned properties are occupied by either the original owner or the tenant.
• More Work for Investors
A significant proportion of South Lake Tahoe buyers in the post-2007 market were investors bold enough to capitalize on bargain prices for properties. When national and South Lake Tahoe foreclosures decline, it indicates that fewer distressed properties will come up for sale. That means more competition for them, and fewer acceptances for lowball offers. Ultimately, it signals a shift toward more owner-occupiers.
• Drop Isn’t Everywhere
While the national charts show a steady decrease in the number of foreclosures, the trend is not universal. And there’s another reason investors can still find some opportunities. The number of scheduled foreclosure auctions in the judicial process hit the highest level in three years in 2013. This suggests that, while fewer homes are falling into foreclosure, more of those in the works are getting close to reaching the end of the line. It’s a painful process, but when the smoke clears, will serve to help rebalance the real estate market.
The drop in foreclosures is a good indicator of the health of the current market. Rising property prices and an improving economy mean that fewer homes are ending up in the hands of the banks—news that all homeowners should be happy to hear. For an update on the foreclosure activity in your South Lake Tahoe neighborhood, contact me today for a detailed property pricing report. 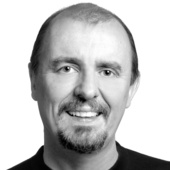