Winter seems to have departed, finally! We will soon be complaining that it is too hot! Along with summer comes  the many festivals that we get to enjoy here in the Mile High City! I have listed just a few of what you can expect to enjoy. It would not summer without the wonderful concerts at Red Rocks! Go to redrocksonline.com/concerts-events/calendar

WHEN: June 7-8WHERE: Civic Center Park, Broadway and Colfax Ave.The Capitol Hill People’s Fair is a celebration of Denver’s diverse urban community in Civic Center Park. The uniqueness and magic of Capitol Hill People’s Fair is created by the careful blending of great family fun, carefully selected handmade arts & crafts, delicious culinary delights, fabulous entertainment and the commitment to raise funds for and promote the missions of non-profit organizations.

WHEN: June 14 – August 2 (weekends)WHERE: Larkspur, halfway between Denver and Colorado SpringsFlash back to the 16th century and journey through a medieval city at the Colorado Renaissance Festival. Enjoy full-armor jousting, tasty turkey legs, music and a marketplace featuring more than 200 artisans

WHEN: June 21WHERE: Golden Triangle Museum District & South of Colfax Nightlife District Spread across ten stages in the Golden Triangle Museum District, the Westword Music Showcase is a favorite among locals who want to dig dozens of the latest Denver rock stars, along with some of the hippest national acts. Join Denver’s biggest one-day music festival for music, great local vendors, food and libations!

WHEN: June 14WHERE: Five Points Neighborhood on Welton St. Denver’s Juneteenth Music Festival is one of the nation’s largest celebrations, drawing in record numbers of festival-goers and participation. The two-day event features live performances, art and cultural exhibitions, and food and commercial vendors; with partners and sponsors ranging from community support networks and organizations, to local and international companies.

WHEN: June 20-22WHERE: 4610 E. Alameda Ave., DenverEnjoy Greek culture at the Greek Festival, including traditional dancing by the Hellenic Dance Academy of Denver. There are plenty of homemade food and pastries from throughout Greece to satisfy any appetite. WHEN: June 21-22WHERE: Civic Center Park, Broadway and Colfax Ave.Denver’s Lesbian, Gay Bisexual and Transgender (LGBT) community throws an enormous party every summer with Denver PrideFest in Civic Center Park. Recognized as one of the top ten pride events in the country, Denver PrideFest is a celebration of community and culture that is welcoming — and fun! — to all attendees, regardless of sexual orientation. Produced by the Gay Lesbian Bisexual & Transgender Community Center of Colorado, the two-day festival gets bigger. Last year attracted more than 200,000 people from Colorado and the surrounding areas. This year should draw even more revelers.

WHEN: July 4-6WHERE: Cherry Creek North from 2nd to 3rd Aves., on the seven streets between Columbine and Steele Sts. Cherry Creek Arts Festival is a world-class and award-winning celebration of the visual, culinary and performing arts, and enjoys an attendance of 350,000 visitors over the 3-day event. CCAF gives patrons the rare and special opportunity to meet and talk with international visual artists, sample fine cuisine, visit special exhibits and artist demonstrations, and entertain their families with interactive “Artivities” and exciting performing arts.

WHEN: July 11-13WHERE: City Park West, 17th Ave. and Colorado Blvd.  The Colorado Black Arts Festival is a three-day festival that presents an array of exciting African-American arts and cultural delights. A wide array of art will adorn the grounds and live music (including jazz, hip hop, R&B, rock ‘n’ roll and more) from the people of African descent will give way to a memorable weekend. This is a family friendly event with programming and activities for the entire family.

WHEN: July 24-27WHERE: 7 S. Broadway  The Denver Post Underground Music Showcase, Denver’s very own version of Austin’s South By Southwest Music Festival, takes over the streets and stages of South Broadway for a multi-night extravaganza featuring the cream of Denver’s underground music scene. This year, 250-300 local and national bands will play in 25-30 venues for more than 5,000 music lovers over four days and nights. Live music fans can stroll from club to club, from stage to stage, catching the city’s rising stars before the rest of the world hears about them.

WHEN: August 1-3WHERE: National Western Complex, 4655 Humboldt St. The annual Denver County Fair is a place to share ideas, traditions, creativity, local culture and intellect. The Fair highlights the talents, trends, diversity and interests of the residents of the amazing City and County of Denver. Events include a skateboard rodeo, a carnival (complete with rides and midway games), competitive eating contests, animals, rockets, Roller Girls and so much more!

WHEN: August 16-17WHERE: 11th St. and Arapahoe St., Golden Come browse a variety of beautiful art at the Golden Fine Arts Festival. The festival hosts more than 140 high-quality artists (many of which are Coloradoans) in a variety of media, including ceramic arts, fiber arts, glass, jewelry, mixed media, painting, photography, sculpture.

A TASTE OF COLORADO

WHEN: Aug. 29 – Sept. 1WHERE: Civic Center Park, Broadway and Colfax Ave. A Taste of Colorado stands proud as the end-of-summer celebration of community pride and spirit in the Denver region. Over 500,000 people make the four-day festival their Labor Day Weekend celebration, enjoying the offerings of more 50 area restaurants, 250 marketplace artisans and vendors, seven stages, and educational programs promoting the diverse cultural and western heritage of the region.

These are just a few of the many things happening here. The hardest part is choosing what you want to do! Get out and have some fun this summer! For more information and other things to do go to: http://www.denver.org/things-to-do/

As always, if I can help you with any of your real estate needs let me know!

Welcome to the Rain

There sure are a ton of things to do in the Denver area over the summer! You made a great list.

Sondra: Great informative blog. You have hyperlinks, photos and captured my interest. Welcome aboard Active Rain! 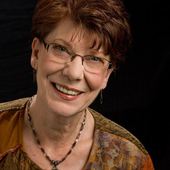 Real Estate is not just a job, its my passion
11859 Pecos Street#200Westminster,Colorado80234
FollowProfile
Blog
smartphone303-960-2900
Contact The Author