Today is the eve of the 70th anniversary of the Normandy landings – the proverbial longest day. Those of us old enough to be attached to that generation feel very much a part of what transpired on the home front during the war - I certainly do and remember with great clarity what was pasted on to me by my parents and grandparents.

The well informed know with certainty how fortunate we were to prevail in the Pacific theatre with the limited resources FDR allowed for that great conflict.

One of those great assets were the indomitable "Code Talkers".  Initially, 29 young Navajo men, recruited by the Marines and who were immune to the draft, volunteered to form a secret code by tailoring their native Navajo language to military codes which the Japanese military never broke. One of which was Chester Nez.

I make mention of this as just yesterday, the last of the Code Talkers past away - Chester Nez who was 93 years of age. He enlisted at the age of 15 and was instrumental in forming many of the phrases use by the Code Talkers. During his military career, he fought in Guadalcanal, Bougainville, Guam, Peleliu and Angaur.

Ironically, because of the sensitive nature of what the Code Talkers did and their inability to talk about their involvement in World War II, many of these brave Navajo men died without a job and penniless.

In 2001, the men were finally recognized with the Congressional Gold Medal for their service in being the pivotal reason we won World War II.  According to Major Howard Conner, a 5th Marine Division signal officer, “Were it not for the Navajos, the Marines would never have taken Iwo Jima.”

I thought I would take a moment and reflect on the great patriotism that compelled these young men to serve with great distinction - thought you might wish to do the same thing. 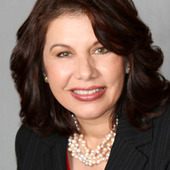