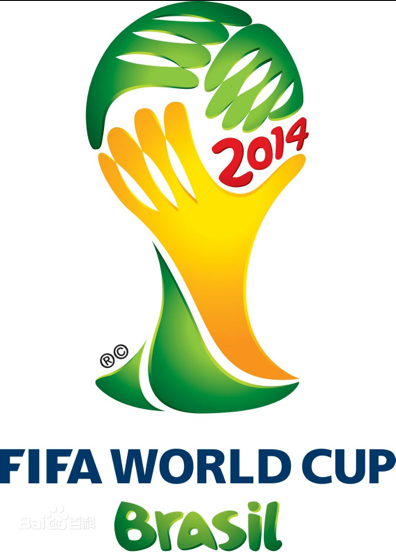 3. 32 teams participate in the World Cup.

5. 31 teams had to qualify through preliminary competitions up to 3 years before this World Cup.  The host nation always qualifies (Brazil.)

6. The first World Cup took place in 1930 in Montevideo, Uruguay.

10. The most outstanding player of the whole tournament is awarded the Adidas Golden Ball award, voted in by the media.  2010’s winner was Uruguay’s Diego Forlan.

11. The top goal scorer in the tournament is awarded the Adidas Golden Shoe award.  In 2010, Germany’s Thimas Muller won.

13. Brazil is widely held as the greatest nation to ever play the game, and as the saying goes, "England invented it, Brazil perfected it."

15. Countries who have won the FIFA World Cup display their success with a gold star for each World Cup title, placed proudly above their nations badge on their international football shirt
Bidding and selection is a controversial process, seen by many as very corrupt. This discord was most recently brought to light by the controversial bids FIFA accepted from Russia for World Cup 2018 and Qatar for World Cup 2022 during the 2007 bidding process, claiming the honour over countries like England, Spain and Portugal, seen by most as preferable choices due to their high standard of stadium, transport and hospitality.

16. Spain enters the 2014 FIFA World Cup in Brazil as reigning champions, claiming the trophy in 2010 by beating Netherlands 1-0 in extra time in Johannesburg, South Africa.
But this year, Spain is only the fourth favorite in early betting stakes. Brazil is the favorite with Argentina, second and Germany, third.

17. The FIFA World Cup is so sought after and contested because it brings an influx of BILLIONS of dollars to the host country’s economy. During the build-up to the 2010 FIFA World Cup in South Africa, the projected total direct economic value for GDP (gross domestic product) was approximately $21.3 billion!

18. This will be the first World Cup where goal-line technology will be used.  Drones and robots will also be part of the security, media, and fan appreciation experience.

20. It’s been 36 years since a South American country last hosted a World Cup!

21. A paraplegic teenager will take the first 2014 World Cup kick to initiate the ceremonies.

22. Bosnia And Herzegovina (one country) is the only country to qualify for the first time.

23. The record number of World Cup career goals is 15 by Brazilian forward Ronaldo.

24. The record for most goals in one World Cup tournament goes to Just Fontaine.  At the 1958 World Cup in Sweden, he scored 13 goals in just 6 matches,

25. The record for the most World Cup appearances is 25 by German player, Lothar Matthaus.

26. In 1986, FIFA prohibited shirt swapping because they did not want players to ‘bare their chests’ on the field (sorry ladies!)

27. The fastest goal ever scored in a World Cup was by Turkish player, Hakan Sukur against South Korea in the 2002 World Cup, who scored only 11 seconds in.

28. The most-attended game was during the 1950 World Cup, when 200,000 people packed into Rio De Janiero’s Maranana stadium for a match between Brazil and Uruguay, huge rivals!  We won’t see crowds like that again due to safety codes.

29. The oldest player ever to lace ‘em up for a World Cup match is Roger Milla, who was 42 years old.

30. Norman Whitesides of Northern Ireland was the youngest player, at 17.

33. The French team demanded that 2 types of soap be placed in each of their hotel rooms!

34. The Simpsons has dedicated their own episode to the 2014 World Cup!

35. The World Cup champion team will be awarded $35 million USD!

36. Honduras and Bosnia & Herzegovina (first time) are the only two countries never to have won a World Cup match.

37. India withdrew from the 1950 World Cup when FIFA regulations demanded each of their players wear football boots, while some of them wanted to play barefoot.

38. Out of the 18 World Cup tournaments, South American and European countries have won 9 titles each, while no other continent is represented as a champion.

39. The first hat-trick in a World Cup match (scoring 3 goals or more) was achieved by a United States player!  Way back in 1930, Bert Patenaude of the U.S. scored 3 goals in a match against Paraguay.

40. Zinedine Zidane is the official dirtiest player in World Cup history, with 4 yellow cards and 2 red cards in only 3 tournaments!

41. The winning team once was awarded the Jules Rimet Trophy, which is named after the French football administrator and third president of FIFA.

42. During World War II, the trophy was held by Italy, winners in 1938.  Ottorino Barassi, the Italian vice-president of FIFA, secretly transported the trophy from a bank in Rome and hid it in a shoe box under his bed to prevent it from being stolen by the Nazis.  However, the trophy was stolen from Westminster Central Hall in England where it was being exhibited prior to the 1966 World Cup there. Although heavily guarded around the clock, the trophy was lifted from its cabinet and discovered missing by a security guard on his circuit on 20th March. It was later found by an unexpected duo -- local civilian David Corbett and his dog 'Pickles' on March 27th, when the dog sniffed it out under a suburban hedge outside Corbett's house.

43. The Jules Rimet was replaced with the FIFA World Cup Trophy in 1974 after Brazil won the right to keep the trophy outright in 1970. It was later stolen again in 1983 and has never been recovered, widely believed to have been melted down and sold.

44. The United States placed third overall in the first World Cup in 1930, which is still our top finish.

45. We qualified automatically as the host country in 1994, but we’ve qualified for every World Cup since then.

47. This year’s U.S. team is without Landon Donovan, their leader and best player for the last 15 years, who also holds the record for the most goals in international matches.  He was not included in the final roster in favor of a younger player.

49. Football (soccer) is easily the world's most popular sport, with an estimated 2 billion players or more!

50. This World Cup will be the best yet!  Will you be watching?
Like favorite_border
favorite_border 0
Re-Blog
repeat 0
bookmark_borderbookmark