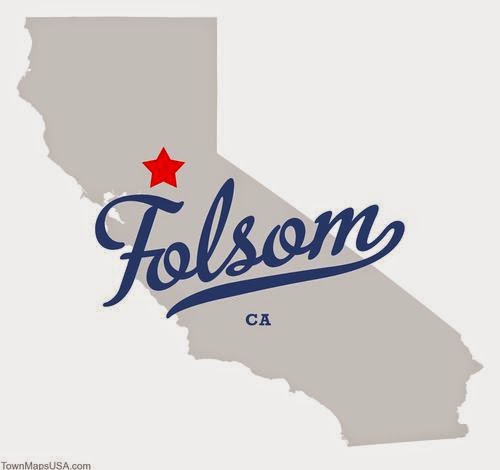 Profile
Folsom is a city in Sacramento County, California, only 23 miles from the Sacramento proper.  It’s situated in the foothills of the Sierra Mountain range, and a short drive to Lake Tahoe.  Folsom has a total area of 24.3 square miles.  Of that, 21.9 square miles is land and 2.4 square miles is water.  It was formally incorporated in 1946.
History
Folsom has a history as old and rich as California itself, as the community was first settled as part of the Gold Rush in the Sierras.  In 1847, William Leidesdorff , a prosperous trader and shipping magnate, came to Sacramento by steamer to survey the 35,000 acres he bought years previous, including the area where modern-day Folsom lies.
After the Mexican-American War, an Army Captain named Joseph Libbey Folsom bought a huge plot of land - Rancho Rio de los Americanos – from Leidesdorff’s heirs.  Folsom started a town called Granite City, consisting mostly of miners, gold prospectors, and the folks who had come west to find riches.  But it wasn’t gold that made the town prosperous, it was actually Libbey’s steadfast work to get a railroad coming to town that connected to Sacramento.  In 1855, Granite City was renamed Folsom to commemorate their founder’s work. 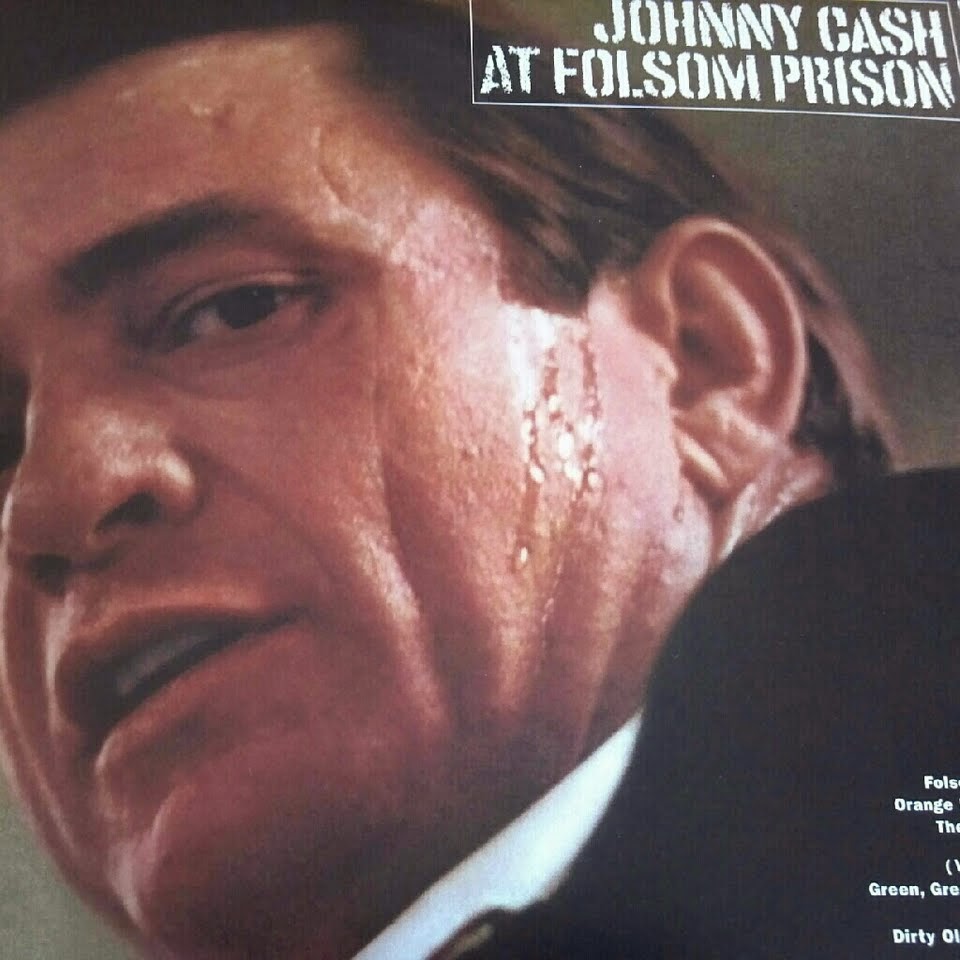 In 1880, Folsom Prison was established in Folsom, thanks to an agreement with the Livermore family. They donated land to the state for the prison in exchange for free prison labor for their sawmill.  The Livermores wanted to build a hydroelectric dam on the American River to power their sawmill.  The mill faltered but the dream of a dam to generate power sprung forth with the Folsom Powerhouse, which supplied electricity to Sacramento.  At that time, it was the longest overhead run of electricity in America (22 miles.)  The powerhouse was in operation until 1952 and is now a National Historic Landmark
Folsom Prison went on to its own infamy in 1956 when Johnny Cash sang a popular song, The Folsom Prison Blues, and performed there in a historic free concert for the inmates.
Development
Folsom incorporated and became an official city in 1946 after a big campaign by its Chamber of Commerce.  In 1956, only 4 years after the Folsom Powerhouse was established, the Folsom Dam was built, offering protection from flooding rivers and regulating water rights for the Sacramento Valley.
Highway 50 was soon constructed to manage traffic flow to the state capitol, and air traffic began coming in and out of Mather Air Cargo/General Aviation airport nearby.  By the year 2000 there were over 51,000 people living in Folsom, and a light rail system – not a historic railroad – connects commuters to the capitol.
Demographics
As of the 2010 census, the population of Folsom was 72,203.  Of those, 65,243 people (90.4% of the population) lived in households, 188 (0.3%) lived in non-institutionalized group quarters, and 6,772 (9.4%) were institutionalized.  It’s amazing that almost 10% of Folsom is in prison!
The average household is 2.61 people and the average family size is 3.13 people.
The median age in Folsom is 37.6 years.
Interestingly, for every 100 females age 18 and over, there are 117.9 males.  We can only assume this is partly because of the high male prison population, as well.
Folsom has 26,109 housing units.  69.9% of those are owner-occupied and 30.1% are rental units.  The homeowner vacancy rate is a low 1.9% and the rental vacancy rate is 5.2%.
Real estate values remain high because Folsom is a desirable place to live and work, yet the city’s master plan is almost full, with no easy places to build or add large communities.
Affluence
It was estimated in 2007) at the height of the real estate boom) that the median income in Folsom was $87,542 and the median household income was $109,032, both well over national average.  The cost of living was just as high, however, at 138% of the national average!
Recent estimates show that Folsom’s affluence has diminished at all.  In the last census, the median household income was calculated at $94,642.
There are several factors that go into this – great local employers, access to Folsom Lake and other recreation areas, the city’s historic charm, good schools, and pricey real estate.  But Folsom is also a sought-after place to live because of its low crime rates.  In fact, the FBI Uniformed Crime Report consistently ranks Folsom as one of the lowest crimes rates in all of California, most of which are just property crimes, not violent crimes.
Notable Residents
Jerry Horton, guitarist for Papa Roach
Cristina Mendonsa, News10 Anchor KXTV in Sacramento
Dmitry Tursunov, Tennis Player. Representing Russia in 2008 Olympics
Peter Camejo, Green Party Activist
John "Spider" Jorgensen, baseball player for the Brooklyn Dodgers and Jackie Robinson's teammate 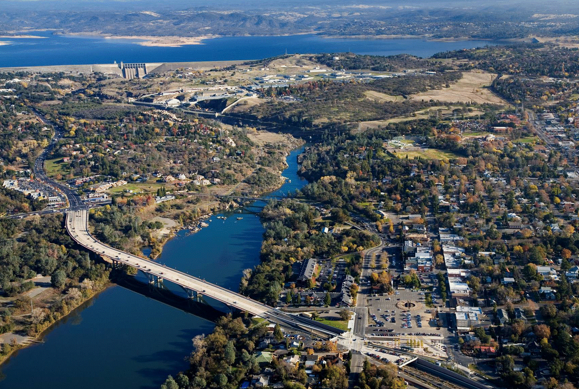 Restaurants
Folsom has some of the region’s finest restaurants, with plenty of options for family dining, ethnic cuisine, and options to eat out on less-than a 5-star budget.  You can find all of Folsom’s restaurant’s and their ratings onYelp.
Here are the top-rated restaurants in Folsom:
Chez Daniel
Visconti’s Ristorante
Folsom Palace
Saffron Grill
Thai Blossom Cuisine
Bidwell Street Bistro
Sutter Street Steakhouse
Manderes
Fat’s Asian Bistro
Back Wine Bar & Bistro
Jobs
Folsom is home to Sacramento’s largest private employer, Intel.  Intel employs 6,515 people there.  The second largest employer is the California State Prison, with 1,450 jobs, and the Verizon Wireless with 1,100.  Folsom State Prison employs 975 people and the Folsom Cordova Unified School District gives a paycheck to 875 people every month.
Of the jobs sector, Folsom leads with management and business jobs, followed by service occupations, sales and office jobs, construction and maintenance, and finally, those employed in the transportation and moving sector.  Unemployment hovers around the 11% mark, consistent with most of California.
Education and Schools
GreatSchools.org rates the Folsom school system at 9 out of 10, well above the national and California average.  You can see all of their school reports here.
Highlighted in the report are the:
Empire Oaks Elementary School - 10 out of 10 score.
Russell Ranch Elementary School – 10.
Sandra J. Gallardo Elementary School 10.
Carl H. Sundahl Elementary School – 9.
Folsom Community Charter School – 9.
Folsom is home to one institution of higher learning, Folsom Lake College. 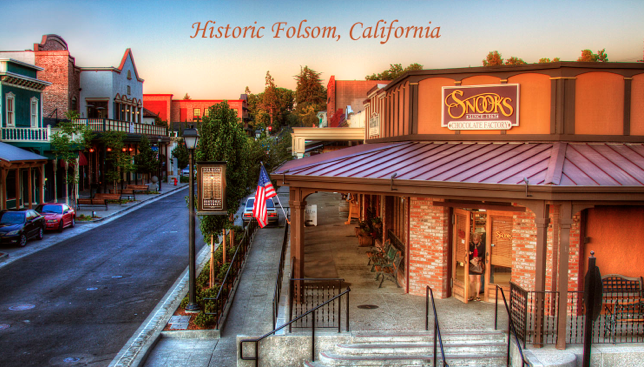 Arts
The arts and music are alive and well in Folsom, with a vibrant artistic community that’s been compared to, “A little Sante Fe.” There are plenty of art exhibits, musical shows, and street festivals for all to enjoy in Folsom.  The Ballet Folsom has a long tradition of beautiful performances, as does the Folsom Symphony.  The Hawkins School of Performing Arts trains plenty of Folsom resident and Folsom High School has an award-winning music program.  You can find out more at FolsomArts.org.
Recreation
Beautiful Folsom Lake is the city’s main recreation attraction, bringing swimmers, sunbathers, fishermen, and boaters almost daily in the summer.  The lake covers about 4.8 miles of surface area and runs Granite Bay to the most southern point of Folsom Lake. Around the lake area, the Folsom Lake Recreation Area has been established as part of the California State Park System, with water covering 2/3 of the park’s surface.  Year-round, people can hike, picnic, camp, study nature, and ride horses in the recreation area.  Popular hiking trails include the American River Trail, Pioneer Express Trail, and Rattlesnake Bar-Horseshoe Bar Trail.
Folsom is the end point of the American River Bike Trail that runs all the way from Davis, California.
Landmarks
The Folsom Powerhouse is a national historic landmark.  Folsom also boasts several notable bridges – Lake Natoma Crossing, Rainbow Bridge, a historic truss bridge, and Folsom Lake Crossing.  In 2011, a revitalization project completely revamped Folsom’s historic downtown, with museums, antiques and architecture form its past, and plenty of shops, restaurants, and charming amenities for the whole family.
You can find out more about Folsom at the city’s website.  Or contact us any time for more information and how to buy, sell, or move to Folsom!
Like favorite_border
favorite_border 0
Re-Blog
repeat 0
bookmark_borderbookmark