One of our favorite events in Amherst Village NH.  A great opportunity to experience life in Amherst NH.

The Amherst Fourth of July celebration is scheduled to begin the evening of Thursday, July 3rd with the parade and village green events on the 4th as always. The theme for the parade this year is From Sea to Shining Sea.

Events will include fireworks sponsored by the Granite State Credit Union, hot air balloon rides, face painting, the Roaming Railroad, music by the Dustin Newhouse Band, a taiko group, ShinDaiko, a band concert by the Amherst Town Band and food at Souhegan High School on the 3rd, and a parade on Friday morning in the village with bands, floats, antique cars, N.H. Revolutionary and Civil War Regiments, marchers, clowns and more. The children's bicycle parade will begin at Knight's Field on Main Street and precede the town parade. Events on the village green will include an Art Show, craft demonstrations, , children' games, animals, booths of local organizations, food, an Art Show, a reviewing stand ceremony, and a dog show. It's a great time for all!

Anyone interested in being in the parade, having a spot on the village green (non-profit organizations), or helping with the activities should contact Nancy Head, 673-1389 or njhead@myfairpoint.net. Volunteers are always welcome!

What do people like most in a parade? According to a survey taken a few years ago, bands and floats! You may not be musically inclined but anyone can build a float! Floats can be elaborate, built on a flatbed, or they can be simple, a decorated wheelbarrow or wagon. Organizations, neighborhoods, families, and businesses are encouraged to enter a float in the parade. The theme for this year's Amherst parade is "From Sea to Shining Sea." Be part of the Amherst tradition and join with others to make it a memorable July 4th.

Applications for having a float in the parade are available by emailing njhead@myfairpoint.net. All floats should be at Wilkins School and in the spot assigned to them by 9:15 in order to be ready for judging at 9:30 to 9:45. Recognition is given for "Best Overall," "Best in Theme," "Most Original," and "Most Colorful." There is also a "Chairman's Choice" that is given out at the discretion of the float chair, Jim Janson.

The Fourth of July Children's Bicycle Parade, run by Ann Hoag of the Amherst Lions Club, will form on Knight's Field, the triangle of grass at the entrance to town, and proceed down Main Street, past the library, to the Town Hall.

The parade will be on Friday, July 4, and will start at 10:00 am. Judging will take place at 9:45. Bicycle decorations will be judged for originality, creativity, and effort on the part of the child. There are five categories, four of which are based on age and each of which has a first, second, and third place prize of $5.00, $3.00, and $2.00 respectively. There is one general category of "carriages" and four categories of bicycles: 0-6 years old, 7 and 8 years old, 9 and 10 years old, and 11 and 12 years old. Each child who enters the contest gets a participation ribbon.

Nice to hear from you Barbara, yes what a long long winter, isn't it nice to be talking about the 4th of July? 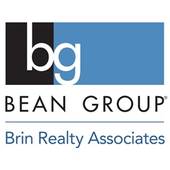 A top Realtor in Amherst with an award winning team.