So I admit it... I love appraisers ... My dad is one and I worship the grounds he walks on and he has taught me about 99% of all I know in real estate.   They work so hard, rain or shine, crawl under the bushes, have that tape measure snap on their fingers, get muddy, get chased by dogs (if not bitten), drive a million miles a year ... all of this so they can get yelled at because the value they reported was too high, or to low!!!!!    Yes ... because it is an "opinion" of value!  Each of us can have one and we're entitled to it.  But, they are licensed and bonded and we pay them for their opinion of value and literally "bank" on it.  No federally-regulated transaction (so basically anything with lender financing) can be funded without an appraisal.

Their opinion of value can not just be a number they pull out of a hat.  They have clearly-defined methodology that must be followed to arrive at a conclusion of value.  They have to justify their price adjustments, say for having or not having a pool, or a view, or being up the hill or down the hill, by a process called "matched-pair" analysis.  Basically, it means a view of the hills isn't necessarily justified as a 10% value differential, or say a pool isn't necessarily worth $20K or $30K, just because the appraiser "thinks" so.  They have to look at the data and "match" pairs where one has, and one does not have that particular amenity, and show the difference by having the two sales and figuring the difference.

OK, so why I am writing?  Because I feel like throwing a brick at one that was either a complete incompetent clueless licensee or a biased and unethical one.  This appraiser was new, of course, from out of our area, of course, and had so many errors in his report that it took me two days to write up a dispute letter to point out all that he had missed.  Interestingly, all of the errors were to the advantage of the buyer (lower price) and to the detriment of the seller (lower price).

A week later, I now have another handful of errors that I had missed the first time around.  He killed our deal ... I am really beginning to think that the one-sided-ness of the report must have been intentional.  The zoning was reported wrong; the scope of report was wrong, the name of the person for whom the report was prepared was wrong, number of garages, type of transaction, previous sales history of comparables were omitted, somebody stop me!!!!!!

So warning to all of you seasoned and diligent agents out there ... many appraiser have never seen a market like this before and are comparing your non-short-sale and non-foreclosures listings which are probably in better location and enjoy better amenities and most likely are fully inspected and come with a home warranty, to the "as-is" lender foreclosure with everything missing or "stuff" shoved down the sink and pipes.  And the "view" he was reporting was of the 4-lane parkway that runs almost through the back side of the "comparable" properties he picked, and of the carports and parking spaces where the headlights shine right in to the master bedroom view.   Of course the buyer now wanted to buy the house for an additional 10% less than the 20% that we were selling it to him from the last sale in june of 2007.  The seller, rightfully so, said "No".

Some are hired (read pressured) or are on the payroll of the lender that has vested interest in the realty company that represents the buyer.  These relationships must be disclosed!!!!!

Save your deals ... write your contracts with seller services, including appraisal.  Don't let this happen to you!  And yes, I have the write up and I am sending it to the OREA (Office of Real Estate Appraisers.) because they need to know.

Show All Comments
Heather the Realtor Orlando, Lake Mary
LemonTree Realty - Orlando, FL
First Time Home Buyers, Bank Owned Homes
Hi Sherry our appraisers here still seem to thing a short sale is equivalent to a normal home that has been cared for. Some of the appraisal reports coming in on our short sales are ridiculously high. A property exactly the same as mine just sold for $105,000 yet mine appraised for $145,000 and it's a short sale as well. I have no clue how he got nearly a $40,000 difference and I cant fight with the bank now, they wont listen.
Like
Julie Jalone
MagnumOne Realty - Roseville, CA

Hello Sherry - This business should not be this difficult! 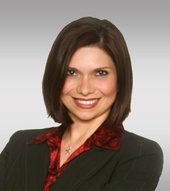 Mortgage / Finance over 12 years ago
bookmark_borderbookmark
Does Fannie Mae own my loan? Regarding Fannie Mae ...
View more Recent Posts   arrow_forwards