In 1966 Marlo Thomas hit the small screen in the character of Ann Marie, a single girl living on her own in New York City, facing many of the struggles that single women today also face.  Not far behind in 1968 was Diane Carroll in the role of Julia, a widowed mother of a young son, also on her own and succeeding.

Probably most notable was Mary Richards in 1970, a role played by Mary Tyler Moore.  (Who can forget the theme song?  I bet you’re humming it now.)  Mary was a young professional also living on her own and providing for herself quite well.  There was also her single friend, Rhoda Morgenstern, residing one floor up.  Also a single woman living on her own.

While these characters of the 1960’s and 1970’s may not have owned the apartments in which they lived, they definitely paved the way for single women today who want to be independent, strong, and successful.  I think women can be all of the above.  In fact I believe that inside every woman, no matter what her background or current situation, is the ability to be whoever she wants to be.  But it doesn’t come easy and it doesn’t come without sacrifice.

What I really want to focus on in this blog post is that single women can be self-sufficient and that can lead to home ownership.  In fact, over 20% of homes purchased are by single women, a higher percentage than their single male counterpart.  And they are an overlooked segment of the real estate buying market.  The Equal Credit Opportunity Act (ECOA) of 1974 may have had something to do with the increased number of single women homeowners by making credit equally available to all creditworthy customers without regard to sex or marital status.  That, coupled with more women entering the workforce over the last 40 years, has led to the increased volume of women who can afford a home of their own.

I’ve helped many single women buy their first home over the last few years.  They are very good clients.  They know what they want, typically have their financing in place, and have a limited time schedule so they don’t drag you all over town looking at properties that aren’t suitable.  The clients that I’ve worked with usually are looking for condos and townhomes, which I love to sell.  But don’t rule out single family homes for them.  I’ve helped them buy those too.  So if a young, single woman seeks your help to find her first home, don’t dismiss her.  She just may be the best client you serve this year.

One significant note as I close this post.  The women described in the iconic roles mentioned earlier did not have extravagant, large dwellings or hefty budgets.  Their apartments were small but they were cute.  So if all your single female client can afford is a studio condo, help her find one that will be perfect for her.  She will love you for it and she could be the best repeat client you will ever have.

Image courtesy of scottchan at FreeDigitalPhotos.net

Good morning Monte. It sounds like you have a niche that you are focused on, hopefully your blogging efforts continues to support those efforts.

Good morning Joe.  Thanks for reading my blog this morning.  Yes, it's a niche I've focused on and they are a delight to work with.  Have an awesome day.

Monte, this deserved a feature!!! This hit me on so many levels. I bought my first home on a private contract at the tender age of 26--getting out of a suddenly abusive relationship. I bought several more homes after that as a single woman.

I just worked with a single woman who is moving clear from Maine to our tiny community at Fishhawk Lake. The very first home I showed her she fell in love with! An hour later, I was writing up an offer--WOW. And she mentioned about not having to "check with anyone else" about her decision (i.e., no man to tell her NO is what she meant).

Good for her and all single women who don't let "single" stand in their way!

Gayle, I'm so glad you enjoyed my blog post. I really enjoyed writing it. I never had the courage to buy a place of my own in my single days and I regret it. I think that's why I find such joy in helping single girls find a home now. Enjoy your weekend. 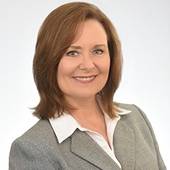