The market has been, how should we say, weird so far this year?  Sales in Tallahassee were dramatically up over last year in January, February and March.  Things began to change in April, when significantly lower sales than April 2013 occured.  Proving not to be just an anomoly, March sales lagged March 2013 as well.  June feels like it is going to follow the same pattern.  What is going on?

At least in our market it appears a mixed bag of issues.  Overall supply is increasing, but it is spotty in areas.  Homes that are truly prepared for the sale, priced right and present themselves well in showings, are not lasting long and there are often multiple offers.  Likewise, the few foreclosure bargains create multiple offer scenarios when they appear.

The variance by neighborhood and area is also significant.  The northwest and southwest quadrant of Tallahassee continue to struggle.  Southwood sales are boosting an otherwise ho-hum southeast Tallahassee quadrant.  Northeast is doing better but still nothing to brag about in general.  To say rural Leon County is selling slowly, is being too kind.

On the positive side RealtyTrac reported that there was a 5 percent decrease in all types of foreclosures nationally from April to May, with a heavy concentration in the northeast and along the west coast. There was also a 26 percent decrease from May 2013 to May 2014. On the other hand, Fannie Mae’s May 2014 National Housing Survey revealed that tepid household income and concerns surrounding the U.S. economy are weighing on the housing sector.

What are you to do to sell in this market?  The key is having the property properly priced, in outstanding condition and working with a Realtor who really markets your home.  Putting a sign in the yard and getting into the MLS is not enough.

Now more than ever, what a good Realtor does is invaluable. 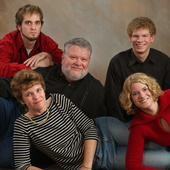