Rochester, named after Rochester England, was first settled back in 1679. Originally part of the towns of Marion and Mattapoisett, residents here worked in the early ship building and whaling trade that thrived out of Mattapoisett Harbor. In the 1850's the towns separated but Rochester still retained rights for its residents to the salt water beach known as Silvershell Beach in Marion.

Rochester is a small "bedroom" community of just over 5000 residents. Its "town center" its right out of a Currier and Ives painting that's only clue to the modern world is the plaza across the street which houses a store, post office, upscale restaurant and book store. There's an old saying in Rochester that "there's no street corners for the kids to hang out on"   and there really isn't. Snipatuit Pond Estates is and has been one of the towns most sought after subdivisions in Rochester MA.

Developed in the mid 1980's on a beautiful wooded parcel with substantial shore frontage on Snipatuit Pond it's location is both breathtaking and rare.  Now, a few decades later, it has an appeal not found in "new" subdivisions. From its towering pines and mature tree lined streets to its manicured lawns and landscaping, one can't help but want to live here. Each home has become nestled into its own picture perfect setting that takes years to achieve.

Snipatuit Pond Estates also has its very own freshwater beach which is sandy and well maintained. (see picture) Many residents picnic, swim, kayak and canoe from here across the the vast 710 acre great pond known as Snipatuit. Well known for its fishing, its home to many varieties of fish including pike which can grow to enormous size. Rochester is rural in nature with still many farms dotting the town. Eastover farm, with its signature yellow buildings, scenic meadows, and extensive stonewalls is a popular drive by or stop for ice cream at the farm stand.

For an Aerial View of Snipatuit check this video

Rts 495, 28 and 58 all cross the northern part of town. The MBTA is in Lakeville and abutting town. Many of its residents commute into area cities including Boston.

Please don't hesitate to contact me if you would like more information on one of Southeastern MA best kept secrets. Rochester 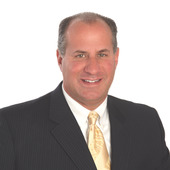