Summers in San Diego are amazing.  The already perfect weather becomes toasty warm and, difficult to believe, even nicer.  The ocean water is cool enough to feel refreshing and the beaches alone are sufficient reason to visit or live in this wonderful coastal city.  Combining that with a surprising number of activities makes it a great place to experience, and an even better place to live.

North County San Diego is not part of the city but is in the County of San Diego.  This area offers an abundance of beautiful beaches and during the summer is home to the San Diego County Fair and Del Mar Races.

The 2014 San Diego County Fair started on June 7 and will end on July 6.  This year's theme is the Fab Fair, celebrating the 50th anniversary of the Beetles first visit to the United States.  The San Diego County fair offers all the fried food, rides, animals and games you might have experienced at other fairs, but it is also known for it's first class exhibits. The Toyota Summer Concert Series offers nationally recognized entertainment every night, with an additional eight stages located throughout the grounds that offer a variety of music, dancers and comedians.  A must see is the spectacular view of the Pacific Ocean from the Ferris Wheel. As the Beetles might say, here comes the fun!

The 2014 Del Mar Racing Season starts July 17 through September 3.  They are closed on Mondays and Tuesdays.  If you haven't experienced a day at the Del Mar Race Track, you are in for a memorable experience.  It's referred to as the place where the "surf meets the turf" because it is located near the beach in Del Mar, Ca.  Balmy ocean breezes, beautiful horses and an excited crowd give the track a unique ambience.  In addition, every Friday night there is a Summer Concert that is included with your racetrack admission if purchased before the last race. With the Pacific Ocean in the background, the music, horses and excitement make this a magical place to spend a Summer day.

Heading south from North County to the city of San Diego there are several attractions to fill your summertime.  The 2014 San Diego Symphony Summer Pops is one of them.  It runs from June 27 through September 1, and takes place on the grass at the Embarcadero Marina Park South.  It is ten weeks of concerts featuring the San Diego Symphony and some of todays most popular acts.  This year 86 year old Burt Bacarach will be back as well as a Beetles Night, an ABBA night, a Broadway night and a classical night.  In addition Boz Scaggs and Vanessa Williams will be performing for the first time with the San Diego Symphony.  You can't imagine what it is like to spend a summer evening sitting near the sparkling water of the bay and listening to great music unless you've experienced the San Diego Symphony Summer Pops.   It really is fun!

Summer wouldn't be summer in San Diego without a trip to the iconic San Diego Zoo and Seaworld. No matter how many times you return to Seaworld, it's always more fun than expected.  The shows are the main source of entertainment, but there are also opportunities to see sea creatures up close and in some cases you are able to touch them. Recently, Seaworld has added some rides and a kids water play area. It takes about half a day to see everything, but in the summer it is a good idea to come in the afternoon and stay for the fireworks.  They are magnificent and really light up the summer sky.

The San Diego Zoo originated from an exotic animal exhibition that was abandoned after the 1915 Panama California Exhibition.  It now houses over 3,700 animals of more than 650 species of subspecies. It is one of four zoos in the United States that house a giant panda display, and is one of the most successful in panda reproduction. The zoo offers guided tours that cover 75% of the park. In addition to exhibits like the Polar Bear Plunge, Elephant Odyssey and Gorilla Tropics there is an overhead gondola lift that gives you an aerial view of the zoo. In the summer, the zoo extends its nightime hours giving you a chance to see the animal's nocturnal activities.  There is also a variety of other nightly entertainment exclusive to summertime. It seems like nightime might be the right time at the San Diego Zoo for summer fun.

There are plenty of other ways to spend the summer in San Diego besides the ones mentioned here.  If you're looking for something different you might want to start with Best of the Rest.  Also check out Trip Advisor for a more comprehensive list of  San Diego activities.  Of course, there is always  just spending a relaxing day at the warm sunny beach. This link will provide you with a complete guide to the  San Diego Beaches.  There are so many options it's difficult to make a choice, but if you choose to spend your summer in San Diego.....here comes the fun!

If you are interested in buying or selling a home in San Diego Ca click on this link.

RosaLinda, I have an Assistant that was born and raised in San Diego. She tells me all these great places, the best beaches to go to all the time. She knows the City like the back of her hand.  And tells me about the shows at Sea World. She's tempting me to pack my bags, and go!! I hear it's a really great place with 70 degree yr. round climate and Paradisic Palm Trees on the Beaches.

Your assistant is absolutely correct! San Diego is Paradise! One of the greatest things about San Diego is that from anywhere in the county you can drive an 30 minutes to an hour and be in the Snow, Mountains, Deserts, Beaches or City. The weather is a dream come true. No smog here in San Diego, you can breathe effortlessly. Bathe in the beaches or just enjoy a stroll while watching the sunset. An amazing place to live. Yes, you do have to pay what we loving call sunshine tax, as our cost of living and homeownership is much higher here than a lot of places. However, in my opinion worth it. I love to visit other places, but there is no place like home :) As a mater of fact I was in Yuma Arizona in early June and it was 100% and I tried golfing made it to the sixth hole and I couldn't handle it. I got totally dehydrated started trembling and getting cold chills and I drank tons of water. I guess I am totally spoiled. My husband says that my body can only handle 72.5 weather :) too funny...but so true!

San Diego has been honored through the years as being one of the top cities in the United States to call home. The weather is perfect with an average of 66 degree daily temperature. Spending an evening by the the bay listening to concerts only adds to its wonder. 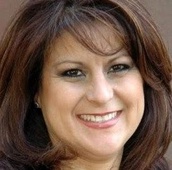