Home > Blogs > Allan Ephraim > Allan's Blog
bookmark_borderbookmark
According to Freddie Mac's data, mortgage rates have dropped back below 6 percent after spending more than a month above that threshold. Thanks to the Federal Reserve's aggressive moves to insulate the U.S. economy by slashing borrowing costs, 30-year fixed home loans averaged 5.87 in the latest numbers.

That compares to 6.13 percent this time last week and represents the first time since mid-February that the benchmark interest rate has been less than 6 percent.

Hopefully this will give the push to many people to get off the fence and still buy.

Like
Nadine Blakely
RE/MAX 1st Olympic - Lynchburg, VA
I agree as I have many "on the fence".  We just need some positive news media for about 30-60 days (and lower gas prices so people can afford to go to work AND look at homes for sale), and I bet things would slowly start to turn.  Those waiting for interest rates to "bottom" are also looking at homes being snatched up that they would have loved.  Thanks for in information!  Nadine Blakely, RE/MAX 1st Olympic, Lynchburg, VA
Like
Donna Harris
Donna Homes, powered by JPAR - TexasRealEstateMediationServices.com - Austin, TX
Realtor,Mediator,Ombudsman,Property Tax Arbitrator
Interesting, because many of my buyers have been getting less than 6% for a few weeks now, even without points.
Like
Michael Creel
InActive Agent - Bellevue, WA
Unless those "on the fence" buyers have a mid-score of about 720-740 they will never have a chance at those rates.
Like
Michael J. Perry
KW Elite - Lancaster, PA
Lancaster, PA Relo Specialist

What a difference a couple of years makes !!!! *L* 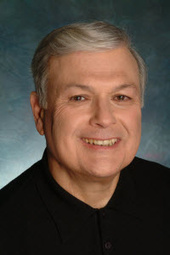 ActiveRain Community almost 14 years ago
bookmark_borderbookmark
Can You Buy Foreclosures at What the Bank Pays For ...
View more Recent Posts   arrow_forwards

I am full time Real Estate agent covering the South Bay in So Ca with over 25 years sales experience in negotiating and preparing a marketing strategy for finding, purchasing or selling a home.