You hear quite a bit lately that "the Fed is cutting the interest rate." Maybe you've been considering a refinance, and you're waiting to move forward till the Fed takes action again. But be smart about waiting and watching. A Fed cut doesn't directly affect long term rates (for instance a 30 year fixed mortgage), but it does impact long term mortgage rates. The problem is the impact might not have the result you've been waiting for.

Who is the Fed? Well, it's really the Federal Reserve. And when the Fed cuts rates, it usually cuts the Fed Funds Rate, which is the rate banks lend each other money. However, when the Fed lowers the Fed Funds Rate, Prime Rate, the rate banks give their best customers, usually drops as well. Ok, that's great. But what does that really mean to the average person on the street? It means that anything that has an interest rate tied to Prime is directly affected by the Feds' rate cut. Typically, these are short term loans. For instance: a credit card or a Home Equity Line of Credit (HELOC). In general, these rates decline when the Fed lowers rates. On the flip side, a Fed rate cut means your savings will perhaps not yield as much interest and your CD (certificate of deposit) won't be at such a great rate. So, it's not all good.

Why aren't mortgages directly affected? Because mortgage rates are typically longer term rates and are influenced by buyers and sellers in the bond market. Daily movements in the bond market cause mortgage rates to change. That's why you might get a quote from a loan officer on Tuesday, and on Wednesday, your quoted interest rate has increased .125%. The Fed lowers rates to help stimulate the economy. Ultimately a healthy economy is good for the real estate market. Jesse Lehn, Senior Vice President for Mortgage Investors Group, believes, "...a liquid real estate market is beneficial for the mortgage market and that keeps rates competitive." So, when the Fed lowers rates, indirectly it can help mortgage rates, but there is no direct correlation.

A good loan officer should have their finger on the pulse of the market, but again it's a gamble. Remember to have a target interest rate in mind if you want to lock a loan but are watching the market. Trying to lock an interest rate on the day the mortgage rates have reached their lowest point in a year is like trying to get a royal flush in poker. It happens, but it's not a realistic goal. It just means you were lucky. Just stick to your home financing goals and consider the big picture, and you'll be fine. 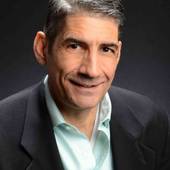