I debated a few days about writing this, but after giving it some thought I decided to post this anyways.  While I have been in the mortgage business for many, many years, something really just hit me so to speak that there our sides of our business which we don't always see when dealing with transactions involving our Buyers and Sellers.  This one actually involves a Seller.

I almost always attend my local Boards weekly meetings and caravans each week.  After each Board Meeting and Pitching session, I pick a few Broker Open Houses to preview which also helps to meet new Realtors and Brokers that I might not be able to meet due to so many offices being Closed Offices.

It just so happened that this particular day that there were a fair amount of homes for preview in my immediate area where I live, so I thought this would be a great time to meet a few new people, as well as see some of the beautiful custom homes that are prevalent in my area of San Diego.  It is often rare to see homes for preview in the area that I live since we are in a semi-mountain area of San Diego.

When I arrived to my first stop and walked in, I knew that I was indeed at a very unique and beautiful home..........up until two years ago both my son and I owned two Corporations, one for his Custom Home Building in addition to my Mortgage Company.

To put it mildly, the home was breath taking.  I've seen many custom homes in my days as both my father and son were Master Custom Home Builders.  It had several levels with a Grand entrance separating the home with the kitchen, dining, living rooms on one side with the bedrooms on the other.  The house had three levels.

I noticed as I walked into the entry two men sitting in the back patio area  where there was a magnificent Infinity pool and a large area for horses behind the pool area on the acreage below the main house.

I walked thru and found both the Broker along with another man who ended up being the seller.  I noticed as I walked to the patio area that both men were sitting looking out towards the horse area behind the pool, and that one of the men had his arm and hand on the others shoulder.  Since it was early, I was the first one there for the Preview.

I walked up to introduce myself before I walked around the home as they had not noticed that I had come in.  While introducing myself, I noticed that the one man had a few tears coming down his cheeks, so I quickly introduced myself, and asked if they would mind if I previewed the home.

Words can not describe the beauty of the home with it's ornate features and dramatic custom features on each level of the home.  It reminded me of the quality that my son so proudly incorporated in the homes that he built.

While somewhat reluctant, I went back to the patio area to express my feelings of the home and to compliment the owner.  I noticed that the tears had been wiped away, and that he appeared to have regained his composure.

Both the Owner, Broker, and I had a really nice talk.  I had complimented the owner of the beauty of his home and it's custom details.  He told me how he had had it custom built, and that his wife had done much of the painting and decoration of the home.  The Owner then began to tell me some of his story about how he and his wife and raised their children here, and all of the fond memories he had over the many years of ownership.  The children were now grown and out of the house.  While I did not press for it, the husband volunteered the fact that after the children were grown that his wife had filed for divorce.  He had been awarded the home in the divorce, but it was just too large for him to handle as he was an executive that traveled quite a bit for work these days.

Again, I complimented the Owner for his home, and thanked the Broker for letting me preview the home.  The Broker actually offered to walk me out, and we had a nice brief talk outside of the front entry to the home.

He had explained that the Seller was having some hard times with all the good memories the home had brought to him, as well as, his still shock of his divorce of two years prior.  I thanked him for his time, and he must have been impressed with me as he asked me to call him this week so that we could set up a one on one discuss potentially doing business.

As I drove down the road towards my next Broker Preview home, and later over this weekend, I could not forget the Seller and what he had been going through.  As I drove away I too felt some moisture coming into my eyes as the whole experience for me kind of caught me by surprise.  Anyways, I can be somewhat of a "Softy" myself.

But it brought to me the knowledge that no matter how long I had been in the business with so many closed escrows that every sale has a story.  This one really brought this point to home with me.

As a Lender happy to close a loan, and a Realtor who is delighted in a Closed Sale, it just goes to prove that our participation in the process can mean nothing compared to what others involved in the process experience.

This particular meeting had a profound Humbling for me, even after these many years.  While I am always involved with the Buyer and representative Realtors, this certainly gives me a new perspective of the Sellers who are also in the process.  While I do sometimes get some connection with a Seller, I never have had an experience like this one.

I know that this was a long Blog, so I apologize for its length, but felt that I had to express in words just how that day made me feel, and the new appreciation that I have from the experience.

We have an awesome opportunity to impact lives. Sometimes during that process there can be moments of sadness for both clients and the people who serve them.

Wayne is was a very interesting story. We do a lot of home tour or caravans with my office  and others within our board. This results with many agents going through a sellers home. While most are at work some of the elderly ones may still be home during all the agents passing through. Many will just sit there while we look. But on occasion you will have one who will really want to tell you about the home just as if you we were buying it for ourself. Telling you about the children who were raised there and the many things they have done to it. Knowing that they are selling and moving on to something much different and not so many memories to be attached to the next one. You can tell in their voices how they loved living in their home and will miss it when sold. We thank them for allowing us to preview the home and say we will try to find someone who would love their home as much as they do. The sellers do have an emotion we can't duplicate when showing it. We just do our best.

This was a great post and I'm glad you decided to share this with us.  The emotional toll of selling or buying a home can never be underestimated.  We have to keep that in mind as we help our clients through the process.

Thank you for your comments.  Like everyone, we all seem to have a story.  In this case, a Seller as well.

You have a caring heart!

Thanks for the comment; however, I think any decent person who walked into the situation that I did would have reacted in a similar way.

Have a great week, and Safe 4th of July.

Wayne - The sellers attachment to a home and having to leave that home can be a traumatic experience.   Being sensitive to the situation is what should happen but sometimes that is over looked in the rush to get the property sold.

Today in fact, I had (as a listing broker) a similar experience.  My seller has already bought and moved (down sizing due to husband's health) and today she visited her old home to see that the painters and carpet cleaners had done their jobs before she paid them.  She stopped by my office and said... "I can't go back there again" with tears in her eyes.  I really need to get that one sold so she can move forward again.

To tell you the truth, I saw your comments and your picture made me curious. 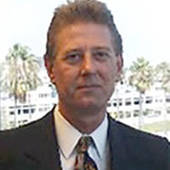 Precise Up to Date Information on Items Affecting Real Estate, Real Estate Finance, and the Industry as a Whole