A new downtown San Ramon? That’s what developers are looking to do with the new city center of Sam Ramon. Developers of Bishop Ranch have announced their approach to developing a new city center, which will include restaurants, retail shops, entertainment and a general plaza area that goes beyond your typical shopping mall. The developers want an urban heart of San Ramon and because the adjacent Bishop Ranch business park is so close, developers and city officials would like an area that accommodates everyone, family, friends, locals and visitors. Their changing the idea from your typical “shopping mall” to create an iconic city center for San Ramon.

This unique city center is designed to be visually transparent from all sides. This inviting ambience gives way for a unique retail center unlike anything in the area. This is creating an urban lifestyle that will accommodate apartments and condominiums as well as general living with retail outlets, dining and a movie theater. There will be over 350,000 ft.² of retail, which will include a two-story movie theater, dozens of shops and restaurants and a large open plaza. Image courtesy of Mercury News

Read more: How much does it cost to live in San Ramon?

The construction is designed to begin in 2015 and should be completed by 2016. With over 70 tenants projected, the Plaza is set to compete with places such as Broadway Plaza in Walnut Creek and Stoneridge Mall in Pleasanton.

The architect will be Renzo Piano, named one of Time Magazine's most 100 influential people of 2006. This new "Plaza district" will be entirely covered and surrounded by six pavilions of varying sizes. All of the pavilions have a direct relationship to the center piazza and will contribute to the animation of the Plaza.

The goal is to create a living, working, and playing environment for the people of San Ramon. Not only will you be able to live in this plaza area but you'll have easy walking access to your market, bank, retail shops and dining options.

After 2016, the plans are scheduled for a 169 room hotel, for office buildings, and 479 residential units.

Stay tuned for more information about this exciting new Plaza City Center happening in the heart of San Ramon California.

Read more: What to see and Do in San Ramon 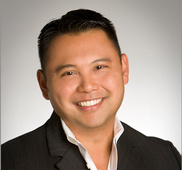 Since moving to San Ramon 8 years ago, Dale now has a young son. Raising his family in San Ramon gives him a unique perspective on the communities, activities, and schools the Tri-Valley has to offer.

Dale has a passion for real estate and takes pride in the personal connections that come with assisting clients, whether they are buying or selling. Follow him on twitter @keytothebay.
Receive My Blog Posts by Email