What year was The Goonies released in Theaters? Astoria, Oregon is a fun destination and not terribly far from Portland. My photograph included here is from the Astoria Column that's 125 feet high and we climbed the 164 steps to view the water and surrounding scenery. So beautiful and wish it was legal and not terrified of base jumping that would be really neat. The column was built in 1926 by the Astor Family which was in part responsible for developing the city and owned the Pacific Fur Company.

Many different types of industry kept Astoria thriving. From 1921 to 1966 there were ferries transporting people across the Columbia River (body of water in picture). Back and forth folks ferried from Washington State to Oregon via ferry until the Astoria - Megler Bridge was built. The first post office West of the Rockies was opened in Astoria in 1847 and settlers came to the city working as lumberjacks, fisherman and the canneries employed the most workers in the community. Also, the Burlington Northern and Sante Fe railroads traveled to Astoria until 1996. Today Astoria is more sleepy then super busy. To this day tourists enjoy visiting the cultural significance of the area. Some want to walk in the same footsteps as Lewis and Clark who explored out West and spent the Winter of 1805 at Fort Clatsop.

I love the goonies and think of it every time I go to Astoria (and Kindergarten Cop) or Cannon Beach.... 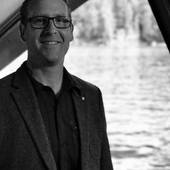