Piedmont is located Northwest of Oklahoma City and is one of the most highly desired residential home buying areas in Oklahoma. Its convenient location to all the NW OKC action and the fact that it has an excellent public school system makes Piedmont a top choice for Oklahoma home buyers.

Piedmont is a city primarily in Canadian County, Oklahoma, though a small part of it is in Kingfisher County. It is a part of the Oklahoma City Metropolitan Area. The population was 3,650 at the 2000 census.

Here's the big draw for people wanting to buy a home and live in Piedmont.

Additionally, the marching band was named the Bands of America St. Louis Super Regional Class A Champion in 2008.

The Pride of Piedmont Winter Guard won a MAPAA State Championship during the 2006 season with their show "Scattered". In 2009, they won the WGPO State Championship (MAPAA was disbanded and replaced), performing a program entitled "Time After Time." In 2010, the Pride of Piedmont Middle School Winter Guard won the state championship in their class, performing a show entitled "99 Red Balloons". In 2012, the Piedmont Varsity Winterguard won second in State Competition with their show entitled "Bollywood".

The Piedmont Girls' Track Team won the Class 4A State Championship in 2009 and 2010.

Odyssey of the Mind has also brought many Regional and State Championships for the town. Several notable teams ranging from Elementary to High School level have advanced as far as world tournament.

The 2007 PHS Varsity Cheer team won Academic State Champion and was state runner-up in the co-ed division of class A.

Interested in buying a home in Piedmont and don't know where to start? Review the current list of Piedmont homes for sale and then contact me for a personal tour of any of these properties. If you want to live in a quality community and still be close enough to Oklahoma City to take advantage of all the new and exciting developments happening in OKC, then you will be pleased with Piedmont, Oklahoma! 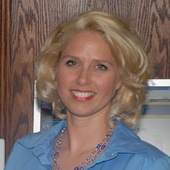