There’s another luxury hotel and residence coming to Boston, as the Four Seasons is opening a second location on the steps of the Christian Science Plaza in the Back Bay.  This 60-story hotel and condominium tower is set to be the city’s third tallest building when completed and will make a nice addition to its skyline neighbors, the Prudential and John Hancock towers.

Officially known as One Dalton Street, the tower will sit on the northeastern corner of the plaza, directly across from the present Sheraton Hotel.  The building itself will occupy a triangular plot, with the first 20 floors reserved for 211 hotel rooms, and the remaining upper floors for 180 condominium units.  The tower promises to provide sweeping views of the entire city, and its façade will feature rounded corners to match the symmetrical aesthetics of the Christian Science Mother Church.

The entire project is billed at $700 million and is being designed in conjunction with renowned architects Henry Cobb of Pei Cobb Freed and Gary Johnson of Cambridge Seven Associates.  While Cobb is best known for his design work on Boston’s tallest building, the Hancock Tower, Johnson has an equally impressive portfolio—particularly with hotels—as he designed the transformative Liberty Hotel from the shell of the former Charles Street Jail, which opened in 2007.

The Four Seasons Hotels and Resorts has no misgivings in managing two world class hotels in the heart of Boston, with its flagship exactly one mile away at the entrance to the Public Garden.  The hotelier maintains that both will serve as major hubs for the tourism market, with the newer resort designed specifically to complement its counterpart.  In addition to its accommodations, the newer hotel will feature ballrooms and conference areas, two restaurants, two lounges, a health club and spa, as well as a separate entrance for residents.

Since green-lighted for approval last September by the Boston Redevelopment Authority, planning for One Dalton Street has been moving fast with developer Carpenter and Co. anticipating a groundbreaking in late 2014 and construction progressing over two and a half years.  Concurrent to this project, a 26-story building with rental apartments is also being planned on land adjacent to the tower by the Pritzker Realty Group of Chicago.

With the condominium market soaring to record highs over the past few years, both developments will surely be priced competitively to similar projects going up in Downtown Crossing and the Seaport District.  For more information on these or other properties, please contact agent Chris Remmes at 617-398-0018 or www.RemmesRE.com. 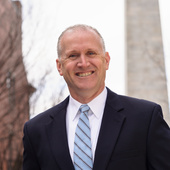