Today I am featuring Utah's Family Fun Park, (at least according to the advertising), Lagoon.  Lagoon is located in Farmington, and it is Northern Utah's premier amusement Park.  Lagoon has been around since the late 1800's and on it's current site since 1886.

I honestly had no idea that it was that old!  My older brother worked there one Summer when he was in High School, so much of the mystique was taken away when I was pretty young.  There are several great roller coasters and other attractions including Pioneer Village.

I will admit, I am not a huge fan, my neck doesn't react well to roller coasters anymore, knowing that, I haven't seen a lot of need to go.  That being said, if you're into roller coasters, they have some great ones!  Including the double looping Collossus, Wicked and Bambora.

There is also Lagoona Beach, Pioneer Village and the Midway, which is similar to the many of the carnavals you see around the company.  I will admit that I used to really like to play skeeball and whackamole.  I have talked to some who prefer Lagoon to Disneyland, I am not saying that I agree with them, I don't, but for those who like to ride the rides, it is a great park!

Lagoon used to host concerts and have had some huge acts perform there, including the Beach Boys, The Doors, the Monkees and many others.  I don't believe that they still have concerts there, if there are, I haven't seen any advertisement for them.  They also have a great fireworks show on the 4th of July.

A look at some of the Roller Coasters

Tony, what a fun place to visit.  Those roller coasters are dwarfed by that mountain side!  You live in such a beautiful area!

Traveling back in time is fun! I love the colors on that Lagoon sign! I'm also not a fan of roller coaster rides but that photo of the moutain with the roller coaster is awesome!!!

Sharon and Bruce, Thanks for stopping by, and I guess we are spoiled.

Patricia, Thank you!  I don't mind them (roller coasters) at the time, it's the next day that I don't care for!

I'm not much into roller coasters either, and I appreciated the beauty of the mountain behind the coasters more than the sight of the coaster construction.  I must be getting old! 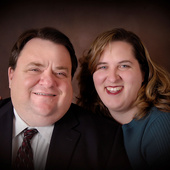