20 Little-known facts about the 4th of July. 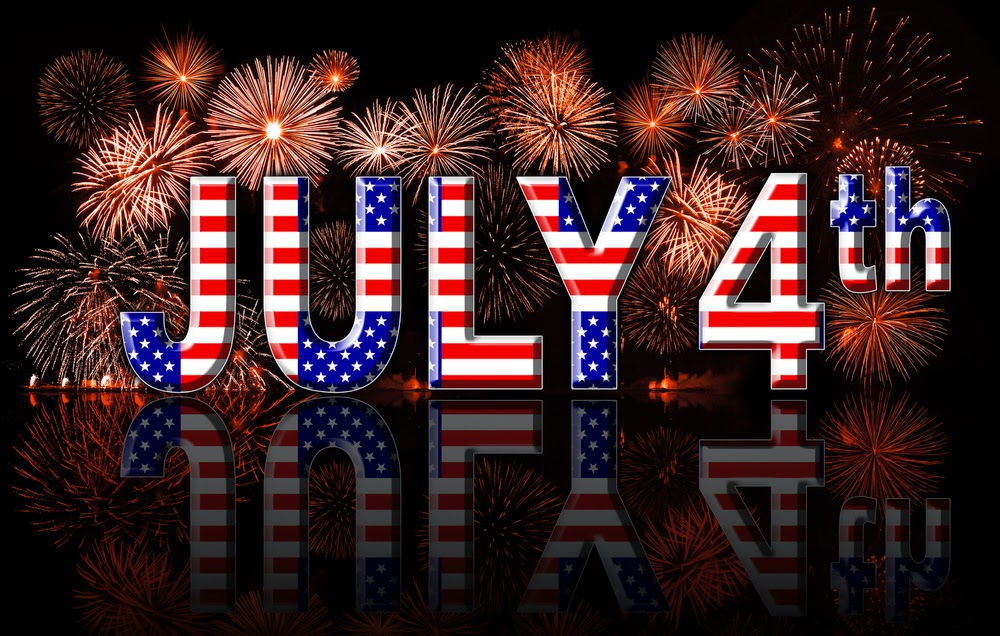 We celebrate July 4th as the quintessential American holiday, the seminal date in United States history when we the Declaration of Independence was signed, officially emancipating us from British colonial rule.  The holiday that signals the apex of our summer is now celebrated with red, white, and blue, family barbecues and hot dogs, and plenty of fireworks.  But in reality, the 4th of July as a historical event is shrouded in misunderstanding, and even the modern pomp and circumstance has interesting roots.  Here are 20 little known facts about the 4th of July:
So where does the July 4th, 1776 date come from?
1. In fact, July 4, 176 wasn’t the day the Continental Congress chose to declare independence from England – that was two days earlier, on July 2.
2. On that same day the first signer, John Hancock, put his signature on the new document, not July 4th.  He was the only one to sign it that day.
3. All 56 delegates didn’t get together and all sign the document until almost a month later.
4. July 4th wasn’t because we started the American Revolution, either– that occurred in April of that same year, at least three months prior.
5. Was July 4th when the Deceleration of Independence was drafted?  Wrong again – Thomas Jefferson wrote the first draft in June of 1776.
6. Also, the Declaration of Independence wasn’t delivered to Great Britain until November 1776.
7. So this is where the July 4th date of celebration comes from – on that day, the Continental Congress approved the final wording of the Declaration of Independence.  Since the first draft was submitted two days earlier, on the 2nd, they’d been deliberating over edits and changes, but came to agreement on the 4th. 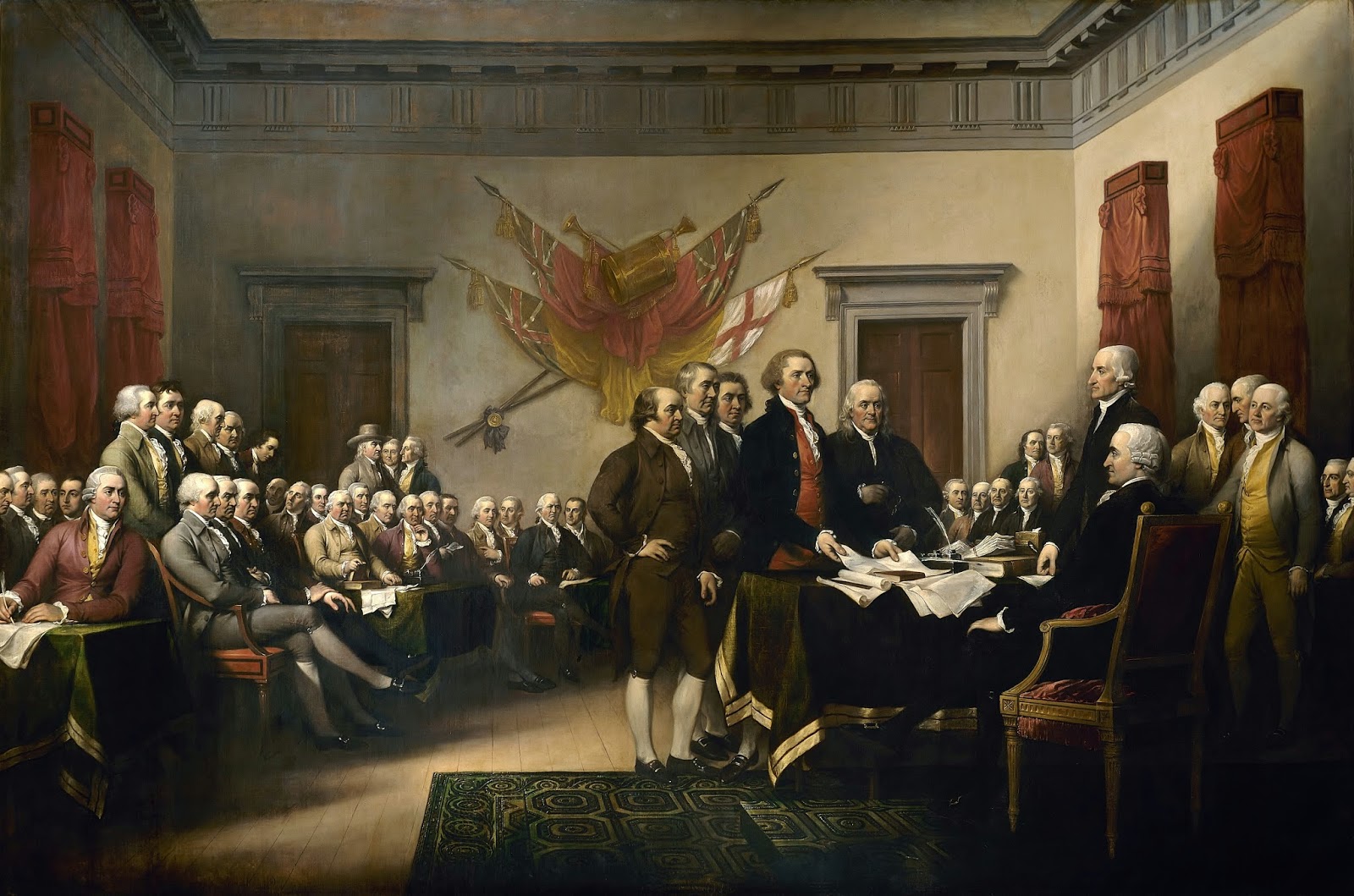 8. July 4th, 1776 was the date written into the final Declaration of Independence, and also the flowery handwritten copy that wasn’t officially signed until August.  (That’s the one on display at the National Archives in Washington, D.C.)

9. Of course the original Continental Congress met in Philadelphia, which was then the capital of the new nation – not D.C.
10. July 4th was the date documented on the Dunlap Broadsides, copies of the document mass produced on printing presses and passed out throughout the citizens.  Since that that date was on the most widely read Declaration, it was remembered as the official date we became a nation.
11. In fact, for the first few decades after the Declaration was drafted, the populace weren’t overly excited about celebrating July 4th, nor did they see it as an overly important date in history.
12. It took a long time – and a lot of internal political shifting – before the date was rekindled as a rallying cry for nationalism.  It wasn’t until 1870, almost 100 years after the original signing, that Congress declared July 4th to be a national holiday.  (Making Christmas an official holiday was also on that bill.)
13. Legendary Americans Thomas Jefferson and John Adams both passed away on July 4th – of the same year, 1826, only five hours apart!  Jefferson was 82 years old and Adams, 90. It’s believed that their deaths helped July 4th gain national acceptance and adoption as a historic holiday.
14. For as long as we can remember, July 4th has been celebrated with red, white, and blue – a symbol of patriotism.  But early on, the holiday was celebrated with greenery, not the colors of our flag.  Especially during the Civil War, people didn’t have the means or the resources to produce items in those elaborate colors, but greens were cheap and plentiful.

15. Likewise, we didn’t have fireworks until much later.  Following the Civil War, artillery cannons were fired to commemorate the date (and certainly there were plenty of unused cannons and ammo sitting around by then.)  Over the decades as the cannons eroded and became inoperable, people started using fireworks.
16. The 4th wouldn’t be complete without singing, “God Bless America,” but the song, drafted by composer Irving Berlin, sat in his rejection pile for about 20 years.
17. Berlin was drafted into the military in the early 1900’s and wrote the song as a final number for a musical comedy for his fellow troops.
18. The title, ‘God Bless America,” was originally an utterance by a Russian mother who escaped to America.
19. But Berlin didn’t think the song had much merit, so he left it out of his musical comedy and it was unused for 20 years.  Later, when World War I broke out in Europe, singer Kate Smith was looking for a patriotic song to sing on the radio. Once she sang it, “God Bless America,” became an instant hit and our popular anthem.

20. How about our American flag?  Believe it or not, a high school student designed our current flag!  Robert G. Heft of Lancaster, Ohio was given the assignment of creating a new national banner that included newly adorned Alaska and Hawaii as official states.  So he added two extra stars to the current flag and stitched it himself. His teacher gave him a B- on the assignment.  But Heft sent his flag in to President Dwight D. Eisenhower, hoping some executive recognition would at least get him a better grade. Eisenhower liked the simple design and approved it as our official flag in 1960.  Heft’s teacher did reconsider, giving him an A for the project!
Like favorite_border
favorite_border 0
Re-Blog
repeat 1
bookmark_borderbookmark

Anthony this post is amazing with facts I had no idea of. Thank you for writing it and I wish you would have posted it on the 4th it would have likely been featured its truly excellent.

I didn't know about a lot of this. Thank you for posting.