While commonly referred to in the same way as if it were a town or city, "Geist" is actually short for the reservoir that bears its name and around which waterfront estates and hundreds of upscale neighborhoods have been developed.

The Geist Reservoir was named for Clarence Geist, a former owner of the Indianapolis Water Company. Geist imagined this reservoir to address the expected future water needs of the growing Indiana capitol, Indianapolis. Planning began around the time of the first World War and over the next twenty years the Water Company's Shorewood Corporation purchased about 5,000 acres in the Fall Creek Valley and what was known as Germantown, IN. Today, Germantown is, well, underwater. And we don't mean in financial trouble.

The Geist dam was completed in 1943, but the land around the reservoir was held back from development in order to keep it available for future expansion of the reservoir. In the 1970s, the area was opened to residential, retail and commercial development and the housing boom began in the lake area. In recent years the Geist area has experienced rapid growth and today the unincorporated "Geist" is larger than many Indiana cities, with many high-valued homes lining the reservoir's waterfront.

At 1,900 acres, Geist Reservoir and the Geist area spans three counties, four voting precincts, four school districts, and five different zip codes. Although shallow, the reservoir is a huge attraction for boaters, fishers, swimmers and sailors. In addition to residents, for more than 50 years the Indianapolis Yacht Club has called Geist home. A private boating and social club, IYC offers nautical, recreational, social and family/private events, swimming pool, food and beverage, and fun and fellowship for its members.

The reservoir continues its job of providing water to the city of Indianapolis while providing nearby residents with a great number of fun recreational options. 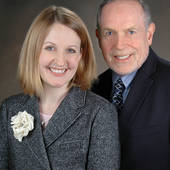