This is the question we are often asked by buyers; many of whom are not very familiar with the DC area.  METRO; is the name of our mass transit system; which includes subways (which run above and below ground) and a bus system.

Because of the design of the train lines (subway); many DC neighborhoods are not served directly by a Metro; but we have an extensive Bus system; many of which stop at or near a Metro (train) station.

Properties close to the Metro (subway) lines; most always sell or rent for more than those properties under served by Metro. Simply put; if you don't have parking at work (which most Washingtonians do not) - then you need to rely on public transportation.

Buyers in Washington DC, should also note that neighborhoods just a little more than walking distance to a Metro (train) station; are cheaper - yet still have the convenience of the Metro bus system.

Check out: http://www.wmata.com    It's the website for Metro which you can use to plug in a beginning and ended address and will give the most efficient route.

For more information about some of the great DC neighborhoods; give the Metro DC Houses Team a call. 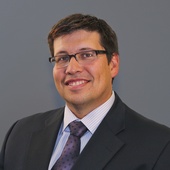