Of the 30 largest cities in the United States, Phoenix had the nation's largest decrease in home ownership from 2000 to 2012.Phoenix Home Ownership Lowest in 12 Years

The report itself is actually focused on Philadelphia, but it reveals  that the Phoenix was hit equally hard, if not worse, by the recession. Phoenix Home Ownership Lowest in 12 Years

The report also shows that the percentage of Phoenix homeowners making less than $35,000 a year is about average among the nation's largest cities.

The monthly real estate report released yesterday by Arizona State University's Center for Real Estate Theory and Practice also had a bleak outlook on the struggles of home-ownership in the Phoenix area. This coincides with the recent Ellie Mae report stating nearly 40percent of buyers were turned down by lenders in May, 2014, thus creating a huge market for seller financing. Phoenix Home Ownership Lowest in 12 Years

"While move-up owner occupiers and second home buyers are starting to compensate for the departure of investors, activity by first time home buyers is unusually low," the report states.

Sales of homes in all price ranges were down in May of this year over May 2013, but especially the sales of homes priced less than $150,000 which decreased 36 percent.

The school's director has mentioned in recent months that it certainly appears the Millennial generation is more interested in renting, rather than buying, due to a variety of circumstances. Phoenix Home Ownership Lowest in 12 Years 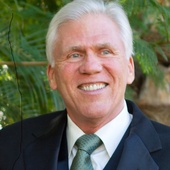