In the Summer of 2005, Mark Dotzour, Chief Economist at the Texas A&M Real Estate Center, gave a presentation to our local board based on his research, What Factors Determine the Volume of Home Sales in Texas.  The factors that determined Home sales volume in a local economy basically boiled down to Employment or Unemployment rate (when people are employed and don't feel threatened that they may lose their job, they are more likely to buy a home), Mortgage Interest Rates (more people qualify), and Home Appreciation (creates more capital for current home owners to move up).  Based on these factors, Dr. Dotzour described our local real estate economy as "The Perfect Storm".  At the time of the presentation, Amarillo had one of the lowest unemployment rates in the country, mortgage interest rates were at historical lows, and annual house appreciation was a steady 5%. He nailed it. That fall our MLS inventory fell by 20%, we saw a record number of building permits, and a record number of sales. This past year (2007), sales slowed down and many of my colleagues have started proclaiming "The Sky Is Falling. Is the party really over? Let's take a look at the numbers.

Unemployment rates continue to trend downward. In fact, unemployment rates are so low, employers are having a difficult time filling their open positions. There may be other factors, however, that may be affecting the consumer's sense of well-being and stability. One is increased cost of energy and food. Dr. Dotzour research showed that a decrease in disposable income has had a negative impact on sales volume. Also negative national news has had an impact on the consumers sence of well-being. Interest rates are up from their historical lows of 2005. However, they are STILL low - the second best in history in fact. While there are a number of factors that determine rates, the best direct correlation to mortgage rates is the 10 Year US Treasury Bonds yield. Bond yields have been trending downward since September '07. Mortgage rates should follow. Annual house appreciation has been a steady 5.5%. Home owners who paid $100,000 for the homes 3 years ago have on average $16,000 of equity from appreciation. While this is not a lot when you compare it to the coastal regions, for Amarillo, it means homeowners can sell their homes without taking a loss. This equity plus moderate savings put these home owners in the real estate move-up market. The distribution of Amarillo's Housing inventory by price range shows a strong demand in lower priced homes and weak demand in upper priced homes. A threat to the Amarillo real estate market will be foreclosures. While overall foreclosures have not changed, some Amarillo neighborhoods have more than their share. Where this has occurred, we have seen downward pressure on price.

In summary, after predicting a strong rally in the Amarillo real estate market, Amarillo enjoyed the best year (2006) in our MLS history. As mortgage rates have gone up, the market, as predicted, has slightly declined (2007 was the second best year in MLS history). If Dr. Dotzour model holds, the indictors predict another record year in 2008. 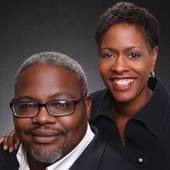