The nation's housing market showed more signs of health in June, with home prices and sales on the rise.

Sales of previously owned homes -- the vast bulk of the housing market -- in June hit their highest level since October, according to a report Tuesday from the National Assn. of Realtors, and the supply of homes on the market is the highest it has been in more than a year. See homes for sale in San Fernando Valley.

More signs of home price slowdown in Southern California Meanwhile, prices continued to climb, though at a modest pace. These are all signs of a housing market that's tipping back into a more normal balance between buyers and sellers, said Lawrence Yun, chief economist for the Realtors.

"Inventories are at their highest level in over a year and price gains have slowed to much more welcoming levels in many parts of the country," he said in a statement. "This bodes well for rising home sales in the upcoming months as consumers are provided with more choices". See more information of your area. 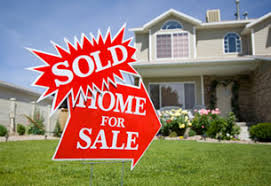 There were 5.04 million homes sold in the U.S. last month, on a seasonally-adjusted annualized basis. That's the most since October, though 2.3% fewer than were sold in June 2013. This time last year, however, foreclosures and other "distressed" sales made up a larger-than-normal chunk of the market. Nondistressed sales have increased year over year.

Meanwhile, the supply of homes on the market has climbed by 10% in the last year, a sign that more homeowners are listing their houses and potentially buying new ones. There are currently 5.5 months' worth of supply on the market, just shy of the six months that housing economists consider a healthy balance. List your property for sale now!

The numbers echo a similar trend in Southern California, which has seen price growth slow dramatically in recent months and the number of home sales begin to stabilize -- signs of a market returning to normalcy after several up-and-down years. 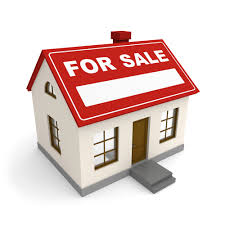 Stagnant incomes, however, remain a concern. Despite low interest rates and prices that -- in most of the country -- remain below their pre-crash peaks, the volume of home sales remains relatively low. The lack of more jobs paying higher wages is holding back the recovery, Yun said.

"Hiring has been a bright spot in the economy this year, adding an average of 230,000 jobs each month," he said. "However, the lack of wage increases is leaving a large pool of potential home buyers on the sidelines who otherwise would be taking advantage of low interest rates. Income growth below price appreciation will hurt affordability."

Hey by chance have you looked into your county probate real estate??

PROBATE IS ON FIRE right now.

For the last 15 years I've been I teaching probate real estate to increase production and profits. I detail how to buy and sell homes in probate, working under the mls radar, avoiding court and 5 different ways to get paid,  per probate transaction.

Take a look, I have had a spike in SoCal Agents ordering my course so something is up down there.

Thanks again for the great info Joe, have a great rest of your day. =)