Bob and I were talking at the recent ActiveRain SF Meetup. He was so impressed by the demos prestented by matterport, that he mentioned them specifically and gave me a business card so I could check it out later. The card just says "matterport", so I really had no idea what to expect. I pulled up the web site and now I can summarize their concept (as it relates to Realtors) with: "3D Virtual Tours". Just before the last big crash, I was about to start working a virtual tour application, so I've actually spent a lot of time thinking about this subject.

While I realize that the matterport demo is probably just a prototype that will be refined, I already see that working in 3D is just too much - at least without a full Virtual Reality rig. What about this instead: Simple floor plans of each level with a dot that can be clicked for each major room and outside perspective. When the dot is clicked for a room, a 360 panographic image of the room is shown. IMO, this is all the 3D that most of us can handle (until we get further along with full VR).

P.J. Tezza, I am very familiar with the Matterport and the technology they are providing is simply amazing.  The latest 2.0 is a major enhancement and it unlocks some impressive new features. 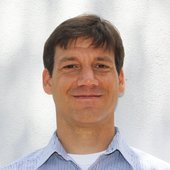