Bill Clark Homes has been building in the Wilmington / Cape Fear area since 1987.

Bill Clark Homes currently has 15 exclusive Bill Clark Communities in the Cape Fear area (with several more slated for next year!) as well as being a preferred builder in 4 or more Master Planned communities such as Brunswick Forest in Leland, NC / Compass Pointe in Leland, NC / Ocean Ridge in Ocean Isle Beach, NC and St. James Plantation in Southport, NC.

Wilmington was settled on the Cape Fear River, but is also minutes from the ocean and the area’s three nearby beaches. The city features one of the largest historic districts and a thriving downtown with a one-mile-long Riverwalk. Other points of interest include the Cape Fear Museum, the World War II memorial battleship USS North Carolina, Thalian Hall Center for the Performing Arts and the Bellamy Mansion. Wilmington is home to University of North Carolina Wilmington, which also adds to the cultural and sports events open to the community. Also located in the city is University of North Carolina at Wilmington, Cape Fear Community College and satellite campuses of Shaw University and Mount Olive College.

#67 Best Places for Business and Careers 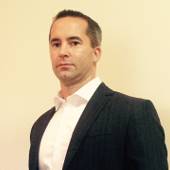