The economy has been a burden, the world is in a constant state of stress and threat, and it is not a wonder at all why this generation just doesn’t have the same motivations, wants and desires. According to a recent report by the U.S. Public Interest Group, “Millennials are demonstrating significantly different lifestyle and transportation preferences than older generations.” The report went on to say “the driving boom is over.”

Some postulate that technology has replaced older ideals of personal freedom. Older generations couldn’t wait to get their first set of wheels for the freedom that came with it. Now, with social media through iPhones, iPads and even your television set, this generation finds freedom and a means to get away or come together through technology.

Many experts agree that these are not lasting characteristics and, as Jason Dorsey of the Center for Generational Kinetics, in Austin, Texas, says: “Every generation eventually sheds their most extreme characteristics.” It isn’t that they don’t want to own cars, buy homes or even move out of their parents’ home, it is simply proving that it has just been delayed. Late bloomers, if you will.

The Millennials are finishing school later, buying first cars later, getting married later and having children later. They are buying homes; just later than the previous generations. It boils down to the fact that this generation has faced, and continues to face, a much more difficult economy wrought with uncertainty and unpredictability. The milestones of this generation will come, it will just be a bit later.

The combination of tightened lending, high student debt, under employment and social delays such as putting off marriage and children, have created an overall delay into adulthood for many of this generation. The good news, for the housing market, is that they have started to show signs of breaking out of their cocoons and are starting to buy homes. The first markets that will see the benefit and action of this generation will be those areas which cater to their ideals of individuality, non-conformity, and affordability. Metro areas where there is good job growth combined with home affordability will benefit most from this generation’s entrance into home ownership.

In Suffolk County, the unemployment rate is more than 1.5% below the United States average. Future Job Growth projections are more than 2.5% better than the United States average. Household Income and Family Median Income is nearly double the national average. These are all promising statistics for the local economy and for the Millennials. Other hot prospective markets for Millennials are Austin, Texas, Raleigh-Durham, North Carolina, Seattle, Washington, and Colorado Springs, Colorado. 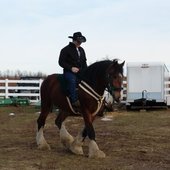