Boone Hall Plantation has been open to the public since 1959.
The McRae Family purchased the plantation in 1955 and it was Mrs. McRae who furnished the house with antiques and began giving tours. Today, the McRae Family still owns the property, and they continue to make improvements to the plantation so that you, the visitor, can experience what plantation life was like in the 1800s. As you tour each site on the plantation our knowledgeable staff will help you understand the day to day activities of those who lived on plantations as well the history of the people who lived here at Boone Hall.Boone Hall is also one of America's oldest working, living plantations. We have been continuously growing and producing crops for over 320 years. Once known for cotton and pecans, we are still actively producing peaches, strawberries, tomatoes and pumpkins, was well as many other fruits and vegetables for our visitors to enjoy. The U-Pick fields are open in season. Our main modern market on Hwy. 17 in Mount Pleasant SC is now open for business.

While there is no photographing or filming of the house allowed on the tours, the house and grounds have appeared in the mini-series North and South and the movies Queen, Scarlett, and most recently, The Notebook. The Avenue of Oaks was used as inspiration in the filming of Gone with the Wind. Miss Margaret Mitchell herself has stated this is so in one of her books. No shooting was done at Boone Hall in Gone With the Wind.
The house, gardens, and other places of interest are open to the public for tours all year round.

While a grad student at USC Columbia, I toured a working plantation in South Carolina, the main house of which had been damaged when a Union mounted soldier rode his horse up on the verandah, through the front doors, and up the wide stairway, hacking at the handrails with his cutlass as he went.  The cutmarks on the handrails still existed when I toured the house and grounds.  Was this the plantation? 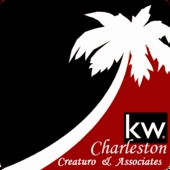