Berks County is full of luscious split-level mid-century homes. My description of a mid-century property is post-war, pre-plywood. It was a simpler time. A time when a smartphone was one that did not ring during dinner time.

I was recently contacted by CNN news to do a story about mid-century, or as they put it, time capsule homes. I gladly accepted the assignment. It started as a question and answer session. The Q&A was never published so I have posted it here for your enjoyment. So it is back to the future we go with the questions and answers…

α        Jeffrey Hogue: Mid-century homes remind me of bell bottoms. If you wait long enough everything comes back in style. Mid-century homes have seen a rise in popularity over the last several years with good reason. The challenge in selling a home like this lies in the way it has been maintained over the years. Many Mid-Century Home purists want the property with all the original fixtures, flooring and wallpaper murals. Once they are remodeled to later standards the purist is done. It is like cleaning a rare 1909 S VDB penny with a Brillo Pad. On the other side of the coin are the buyers that want all the modern amenities and fixtures. They can get it in renovated Mid-century homes but the floor plan is often less desirable. Closet space high ceiling architecture and family rooms (not living rooms) are non-existent in most homes of this era.

α        Jeffrey Hogue: The mid-century home purist, as stated above, or the buyer who loves the location and cannot wait to rip it apart. Most times I see people who are in their 40′s & 50′s looking at mid-century homes. I ask what draws them to the style. The most consistent answer has been that it connects them with their youth and/or a special person in their life such as a parent or grandparent who owned a similar home.

α        Jeffrey Hogue: Yes…Whenever I am confronted with a seller of a mid-century home I urge them NOT to listen to all the people telling them to remove the wallpaper, wall murals and other characteristics that make the home special. Leave it as it is. If it is not broken or completely worn out leave it alone. Sell what you have not what everyone thinks it should be. The fact is that many older Americans own home like this. They have not the dollars, time or desire to start ripping their home apart hoping the masses will love it. Where does one start? Where does one end? There is no middle ground here. It is all or nothing and once you see the bill you better make sure the other mid-century homes in the neighborhood can help you get your investment back.

α        Jeffrey Hogue: Mid-century homes are unique in many ways. The first being the products that make up the home. Unlike today’s new homes the materials used to build a mid-century home were meant to last a long time. The sub-floors are natural hardwood (this was the era before plywood existed) the wood timbers were mostly made of cedar wood which is less hygroscopicthan the SPF #2 hybrid timbers used in most homes today. There are walk-up attics and full brick exteriors, plaster walls and real fireplaces as well. You will find no engineered trusses here.

α        Jeffrey Hogue: The other thing that makes the mid-century home unique is its location. This is something that gets lost in the shuffle of time. These homes were built in an era when the suburbs were really the suburbs. Now many suburbs have been engulfed by urban growth. The suburbs of today used to be hamlets years ago. Now with more people moving closer to conveniences due to high gas prices and even tighter schedules the urban areas are looking better. Just like bell bottoms, they (and their location) are back in style. In a new home community…The best lots sell first. Well, the mid-century homes are on the best lots because they were the first subdivisions.

α        Jeffrey Hogue: Many…The Berks County and Reading, PA area was once a haven of prosperity and suburban growth. Berks County, PA and Reading were once the shining star of the mid-20th century. Even during the depression years Reading stood as a haven of prosperity compared to other cities around the country. In fact the population of Reading during the 1930’s topped 110,000. There has never been more inhabitants in the city before or after that time. Why? Simple, affordable housing and jobs. From the 1920’s through the 1950’s the textile industry was booming. Reading was a leader in the industry and also had steel, railroads and many other blue collar opportunities. The homes in Reading were well suited for the growing families who migrated to our city. Many who remember those days tell stories of how areas of the city were home to ethnic groups of all races who took residence together in the neighborhoods. Whole families and their friends desired to live close to each other. They worked together, played together and lived together.

α        This prosperity led to, what is now, the areas mid-century styled suburbs which were constructed dominantly between the 50’s and 70’s. Mid-century homes are a hit in Berks County. We have Whitman Splits, Hayes Splits, Sterling Ranchers and many more Mid-Century architectural treats.

Here is the full article that was posted on the CNN News Lifestyle Section on July 16, 2014…

I hope you enjoyed this view into the past which is once again becoming the future.

More Mid-Century Home Photos by me:)

There is a love affair with mid century homes here in the Greater Los Angeles area:), Endre 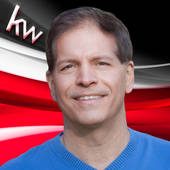