Edison New Jersey Open House today Sunday 8/10/14 . Please stop by and say hello. This open house is hosted by Bruce Parker of RE/MAX Best. Join us if you are looking for a new home. While you are here stop in and find out how to get a real estate license. Bruce Parker is also the irector of the Best School of Real Estate, What is now Edison Township was originally incorporated as Raritan Township by an Act of the New Jersey Legislature on March 17, 1870, from portions of both Piscataway Township and Woodbridge Township. Portions of the township were taken to form Metuchen on March 20, 1900, and Highland Park on March 15, 1905. The name was officially changed to Edison Township on November 10, 1954, in honor of inventor Thomas Edison, who had his main laboratory in the Menlo Park section of the township.[19]

Edison was ranked the 28th most livable small city in the United States by CNN Money Magazine, and the 2nd in New Jersey in 2006 in Money Magazine's "Best Places To Live". In 2008 two years later, Money Magazine changed the town's ranking to 35 out of the top 100 places to live in the United States of America. Edison Township was not on the 2007 list because that year's list included only municipalities with a population of 50,000 or less. In the 2006 survey of America's Safest Cities, the township was ranked 23rd, out of 371 cities included nationwide, in the 13th annual Morgan Quitno survey. In 2009, Edison was ranked as one of "America's 10 Best Places to Grow Up" by U.S. News and World Report. The rankings focused on low crime, strong schools, green spaces, and abundance of recreational activities.

If you would like to live in Edison this is a great home. Visit Bruce Parker at this Edison New Jersey Open House.

Bruce Parker, that is a very nice listing you have.  Best wishes on your open house for a quick sale and successful closing.

I hope you have a very successful open house this afternoon! 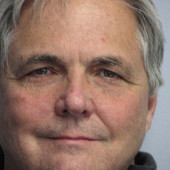