Whether you live in Louisville or just love to travel to amusement parks, you are probably happy to hear that Kentucky Kingdom is open again after five years and several futile attempts to revive it. Although some parts of the park are not open yet, investors have spent nearly $44 million to date to add 20 new attractions and double the size of the water park at the old facility. The prime attraction which has drawn attention from roller coaster lovers everywhere is the new Lightning Run, a blue GT-Hyper coaster developed by ride manufacturers Chance Morgan Coasters.

A New Park Rises From The Ashes Of Rundown Six Flags

Last known as Six Flags Kentucky Kingdom, the park was operated by Ed Hart until it was sold to Premier Parks in 1990, which in turn bought Six Flags and turned the local park into part of its chain. In 10 years, attendance dropped to half of what it was in 1998 and as the LA Times put it, turned the park into a used ride lot as it sucked off popular attractions for its other properties. The company put virtually no money into it, so it lost visitors to Kings Island in Cincinnati and to Holiday World in Santa Claus, Indiana. During a corporate bankruptcy in 2010, Six Flags closed the park and located popular rides such as the Chang Stand Up Coaster and the Road Runner Express to other parks.

After closure, there were several attempts, including one unsuccessful one by Hart investors, to reopen the part. The last hot prospect were the owners of Holiday World, who backed out after claiming the park was in too much disarray to economically restore. Hart was finally successful in obtaining rights from the Kentucky State Fair Board to reopen the park.

Aside from the new coaster, the park, which we opened May 24, includes many old favorites, plus a few new surprises. So far, the park has met with great reviews, with negative ones coming mainly from people who want more right now. Since Hart has already invested millions into the reopening of the park and promises a $2.5 million annual investment, more will come. New rides and attractions have already been announced for the next two years.

How has the park done so far this year? Owners claim that after a month, attendance is up 24% from the Six Flags Kentucky Kingdom days, while revenues are up 65%. They have sold at least 100,000 season passes, now priced at $99.95. Since one day tickets are $44.95 for adults and $34.95 for children and seniors, the season pass is a good deal for anyone who plans on coming to the park more than a couple of times. The sale of season passes is a good sign of Louisville's interest in the park.

Park spokesperson John Mulcahy speculateson the reason for the early success. "There was clearly a pent-up demand for the reopening of an NEW, bigger, better, and wetter Kentucky Kingdom. It validates our promise to deliver world-class rides and attractions, while providing a higher standard of guest excellence, at affordable prices. The park is also receiving exceedingly high marks from its in-park guest surveys."

So far, there have been a few challenges. In June, a wheelchair-bound visitor to the park was told he could not get on a ride for safety reasons. The park has attempted to make attractions accessible and claimed that some inexperienced staff were unfamiliar with how to work with disabled guests. Since the incident, the park has invested in training ride operators and improved accessibility for several rides and attractions.

In July, a female guest breast-feeding a baby was asked to retreat to the restroom, which started a social media war and resulted in President and CEO Ed Hart personally calling the visitor and stating that the parks official policy is that women can breast-feed anywhere.

Despite challenges, the park is acted quickly to assert that all visitors are welcome.

Accessing The Park From The Kentucky State Fair

Previously, visitors to the Kentucky State Fair enjoyed the rides at Kentucky Kingdom at no charge. Now, the management and operation of the Fair and the amusement park are separate, so only season ticket holders to Kentucky Kingdom will have free access to the rides from the fair. Fairgoers without passes can purchase a one day park admission ride pass for $9.95 through August 24, when the fair closes. The general public can buy a ticket for just $19.95 while the fair is going on.

With plenty of things to do in Louisville, you've got to love living in Louisville. That's why I love living here, as well as helping people buy and sell homes. If I can help you with the real estate action, just call me, Jessica Gaines Jarboe, at Louisville Gaines Real Estate. 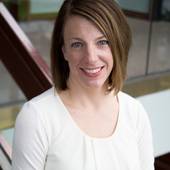 Local News and Events over 8 years ago
bookmark_border
Events in Louisville, Brought To You By Louisville ...
View more Recent Posts   arrow_forwards