For those of you from my musical era, do I hear you thinking "Doobie Brothers" right now? LOL!~ I recently received my Flip Video Camera from Bob at ActiveRain. I was asked to demo the camera along with an on-line Video editing and production platform called Mixpo, Video Advertising for small and medium sized businesses. This past week, I had the chance to "Take It To The Streets" and use them both in the field.

I was given an opportunity to meet up with a few of the other ActiveRain members, so I wanted to put the camera and Mixpo to the test. This is just one way to use the Flip Video and on-line editing applications to produce many types of Marketing, Advertising, and Educational campaigns. The following is an interview from my new "Flip Video Series" with fellow ActiveRain member and Author, Steve Snyder. Co-Author of "Secrets to Buying a Home with Little of No Money Down". This is my first attempt at using both the Flip Video Camera and Mixpo as new tools for Blogging.

This second video I have added was an opportunity to meet and interview with Steve and Diana Turnbloom from Turnbloom and Associates. (actually, I kind of cornered them into a doorway..LOL!) This one was filmed on the street in front of Biso Ristorante, a quaint little Italian restaurant located in the back streets of Downtown Vallejo. It was recorded at night time to test and demonstrate the quality of the Flip Video in low light situations. This interview gives true meaning to "Taking It To The Streets!"

The Flip Video camera is simple to use. Just pull from your pocket (it's that small) power on, point at subject, push the red button and record. When done, just "Flip" the USB (built into the camera) plug into your computer, drag and drop your video on to your desktop, and you're done! The Video editing at Mixpo is just as easy. More on that later...

Look for future posts in this "Flip Video Series" on the "How -To" and "ways to use video and mixpo" as part of your business marketing and advertising. This is very cool and really fun stuff. Did I mention that "I Love My Job?" :-)

To see a couple other members who have posted using the "Flip Video", try the Exclusive-Interview-with-Kelan or maybe I-Must-Love-Rich.

Another Brain dump from the "Rains" and the Real Estate Technology Arts of Marketing You!

What a Rush!  Steve Snyder is a friend of mine for over 13 years!  It caught me totally off guard to see him pop up on the screen!  Great job, Brad and Steve

Awesome little gadget. Something else to add to my to-buy list.

Flip Video Rocks.  ANy one know where to pick one up at a good price?

Benjamin - online is cheapest, otherwise I have seen them at Best Buy, Target, WalMart, KMart, Wolfe and Ritz camera, but I would try D&H Photo online.  The Largest camera warehouse with the best pricing and no sales tax.  Good luck and happy hunting.  :-) 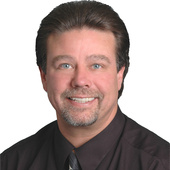