HOUSTON - Booming population growth has made Houston, Texas one of the fastest growing regions in the United States. From 2011 to 2012, Houston gained more than 34,000 people, which was the second largest increase for a city in the country. In 2013, the Houston Chronicle reported its growth shows no signs of slowing. People are still moving to the area for its plentiful jobs, education and housing, and many job sectors are growing.

You are correct we are seeing a huge influx here in Katy as well! I am enjoying the ride! 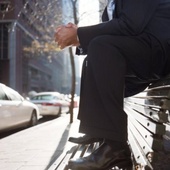