WHY FLORIDA IS SUCH A GREAT PLACE TO LIVE
I subscribe to Florida's legislative update in order to stay current on the state of the state as it relates to real estate.  I got an economic update today that I was so thrilled with, I had to share it with you.  Here is the condensed version:

ECONOMY
In the second quarter of 2014, 24 million visitors came to Florida -- an increase of 3% over the same period in 2013, with visitors spending $35.7 billion. Travel-related jobs were also at a record high, with 1,151,400 Floridians employed in the tourism industry. Florida's gross domestic product increased by 3.7% between Q3 and Q4 of 2013.

The Florida Lottery announced that it had transferred over $1 billion in funds to education after a record breaking $5.36 billion in sales for FY 2014. "Providing our children with a quality education will equip them with the necessary skills to succeed in life. We are working to en sure our children are ready to compete in the new global economy," said Gov. Scott. Bank of America settled with the Justice Department, meaning that nearly 17,000 Floridians will receive more than $1 billion in mortgage relief. How much is $100 worth in Florida?

The Tax Foundation released a map exploring regional price differences in each state. The real value of 100 bucks in the Sunshine State is $101.21, but take that to Mississippi and it's worth $115.74.

Considering a MOVE?  Get Your FREE RE Industry Reports

BE a VIP Buyer and get listings FIRST in your area of choice!

Thank you for this market update.

It is most informative.

I hope you have a great weekend!

Yes to this...if I came across this while researching...it would make a difference

This is fantastic information. Thanks for sharing and best of luck! 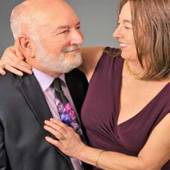