for the full year. Condo sales continue to lag behind prior year

prior year levels and remains at its highest level since 2010. SFR inventory

of the year. Distressed SFR inventory remained steady and is 23.3% below

decline and is anticipated to decline for the balance of the year. The condo

distressed inventory declined for the 28th consecutive month and is 53.9%

below its 2013 level. Condo median sales price slipped in July and is 1.8%

Residential lot sales in July were down 4.6% from 2013 levels, and YTD sales 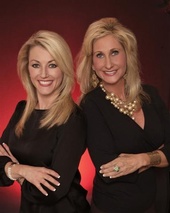