Warwick, RI, August 27, 2014... July sales statistics released by the Rhode Island Association of Realtors showed continued stabilization of the Rhode Island housing market in July.  The median single family home sale price rose less than one percent from the year prior while sales activity declined by three percent.  While prices appear to be moderating, July’s median single family home price remained higher than ten of the past twelve months.

“Prices rose fairly quickly and now that rate of appreciation is slowing down, which can actually be considered a good thing.  The last thing we want to see is the unsustainable price escalation that we saw earlier this decade.  People need to get the chance to get back on their feet again,” said Robert Martin, President of the Rhode Island Association of Realtors.

Fourteen percent of all single family home sales were distressed in July, falling from 22 percent in the beginning of the year.  The pre-crisis share of distressed sales was traditionally about two percent according to Corelogic, a global provider of property information and analytics.  Sales trends have shown that Rhode Island has made significant progress in reducing distressed sales since the peak of the housing downturn.

Thank you for sharing this real estate market report.

This is perfect information for anyone looking to buy or sell real estate!

All the best, and have a great week!

Sep 08, 2014 02:30 AM
LIKE
1
#1
You must sign in or register to leave a comment
Login Register
Show All Comments
Older Post Newer Post
Back to Top
Generate More Leads from this Listing
With a Trulia Pro Account
Learn More
Find what you need?
See More Blog PostsAbout Real Estate! SEE MORE NOW!
Rainer
120,290 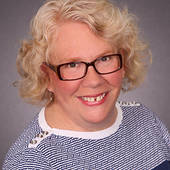