Many years ago, Las Vegas hotels would entice customers with inexpensive rooms, meals and entertainment so they would gamble.  It may have worked initially but if you’ve been to Las Vegas recently, the bargains are gone.  Hotels expect each division to be a profit center on its own.  As a consumer, I might not like the changes but as an investor, I’d have to be pleased with increased profitability.

Years ago, real estate investors used to accept negative cash flow buoyed by tax incentives in hopes of making a big payday due to appreciation when they sold it.   Today’s investors are focusing on tangible, current results like cash flow and equity build-up.

Cash flow is the amount of money you have left over after collecting the rent and paying the expenses.  Since rents have gone up considerably due to supply and demand in the last few years and mortgage rates are at near record lows, income is up and expenses are down, making the cash flows attractive.

Low down payments on investor properties are also a thing of the past.  Non-owner occupied mortgage money is available but the investor should expect to put down 25-30%. An advantage of having a smaller mortgage is a lower payment.

Most mortgages are amortized loans with both principal and interest due with each payment.  The forced savings of the principal contribution builds equity in the property and can be considered a part of the rate of return.

Without factoring in appreciation or tax advantages, this rental example generates much more than most alternative investments.  There certainly are many different aspects that affect the risk and return on rental investments.  If you haven’t scrutinized single-family rental opportunities in a while, you should look again.

I completely agree with you on this point. I have several clients receiving  well over 15% cash on cash. With all their tax savings their business is booming. 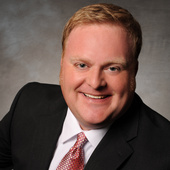