Last week I spontaneously decided to play hooky and take a day off to go on a boat tour. I decided to go on the Holoholo boat tour that cruises the Napali coast and to Lehua rock which is right next to the forbidden island of Niihau. Holoholo charters is the only company that I know of that is allowed to go to Lehua rock. It was so much fun! First we explored the Napali coast. There you can see the infamous cathedral mountains. The boat is relatively fast which was nice to avoid sea sickness. Later the holoholo charters crew told me it’s the fastest boat Kauai has for its size. We got to get close to caves and dolphins. There were waterfalls and I learned some interesting facts about Kauai’s north coast line.

Then we headed to Lehua rock which took about 1.5 hours to get there. Right when we got there we got to snorkel and see some of the reef and ocean life. Lunch was provided then we headed back to Port Allen in Ele`ele.

I had such a great time that I highly recommend this tour. The crew was so friendly and this was the fastest boat I have ever been on!  The ride was really smooth although that probably depends on weather conditions also. It was also the closest I have ever been or ever will be to Niihau and that’s what made me choose this tour. A great experience! Check out Holoholo Charters website here. Kela, what a wonderful adventure and if we return soon to Kauai we would love to duplicate your trip.  We went over to the website and they have a lot to offer!  That rock off Niihau almost looks like Molokini off the SW shore of Maui.

Hi Sharon, Yes its a tour worth going on! It looks like you two are frequent visitors to Hawaii. If you ever need suggestions on where to go and what to see on Kauai feel free to contact me :) Sharon & Bruce Walter

Aloha Kela! It's great to read another Kauai agent's blog. Our NaPali coast is such an amazing experience. I've hiked and kayaked it, and done the dinner cruise. Now you've inspired me to try Holoholo too. Mahalo Nui!

those are delightful scenes of your beautiful island, Kela.  I visited there years ago, and made memories to last a lifetime. 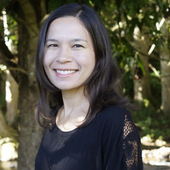 Kela's Kauai Real Estate Blog mainly features Kauai Dreams Realty listings. Kauai Dreams Realty handles a lot of the Bank owned REO foreclosures on Kauai and also does traditional sales. This blog features other listings that Kela has been to that are currently for sale. Each property on Kauai is different and has something special to offer. In these blogs she writes about the special features each property has to offer. Kela's Kauai Real Estate Blog also likes to give tips to the first time home buyers. Kela wants to educate the up coming generation of homebuyers on how to be smart and to prepare for your first property purchase.