What's in the news today in San Diego, California?

Tuesday, The Department of Health and Human Services announced that Mapp Biopharmaceutical was given a $24.9 million contract to help speed the work on an experimental Ebola drug. The contract could be increased to $42.3 million. The current drug being tested is called ZMapp.

Festival comes to Embarcadero Marina Park North on September 6th and 7th. All proceeds from the festival go to the Jacobs & Cushman San Diego Food Bank. The festival has contributed over $225,000 and 10 tons of food to help end hunger in San Diego County.

There's $366,000 in unclaimed money waiting to be claimed in San Diego County. Time is running out, however, on submitting a claim. Monday, September 11th is the deadline. Unclaimed money is turned over to the county's general fund. For more information call 877-829-4732 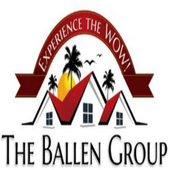