Land Castle's CEO alleged to have embezzeled at least 30 Million
It's been just over a week since the world of housing finance first learned of the events that led to Fidelity National Financial (FNF) bailing out LandCastle Title.


When HousingWire first broke the news of Fidelity "stepping in" as a 70% owner of LandCastle, little did we know what was to come in the following days.

In the initial letter posted to the website shared by LandCastle and its parent company, the law firm of Morris Hardwick Schneider, the companies said that Fidelity stepped in as owner after "substantial escrow account misappropriations" were discovered within the accounts of MHS and LandCastle.

The letter stated that Nathan (Nat) Hardwick, the managing partner of MHS and chairman of the board and CEO of LandCastle, had resigned his positions with both companies.

The next day, HousingWire reported that MHS and LandCastle are suing Hardwick in Fulton County Superior Court, alleging that he embezzled at least $30 million from the companies' own accounts and the companies' trust accounts, allegedly using the money to pay for private jets, cover real estate investment losses, cover millions in gambling debts and other investments.>>Read More Houseing Wire
Like favorite_border
favorite_border 0
Re-Blog
repeat 0
bookmark_borderbookmark 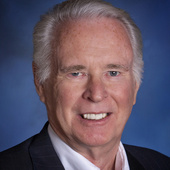