The Arts & Crafts Movement in architectural design came to Downtown and Midtown Sacramento at the turn of the 20th century. The period between 1900 and 1920 welcomed a new housing type in central city homes: the bungalow. Characterized by their porches and open floorplans, bungalow styles include the Craftsman, California Bungalow, and Praire, the bungalow marked a more casual and open style in homes after the Victorian era rigid formality. Some of these bungalows are still scattered throughout the central city, but Midtown has a wonderful concentration of them. Drive down Q Street and as you reach the 2500 block you'll see to the left what's affectionately referred to locally as "bungalow row"--an entire block of beautifully maintained bungalows.

These California Bungalows pop up in surrounding areas, and a few are currently for sale within a couple blocks of "bungalow row". Take a look at Coldwell Banker-Dunnigan's listing at 1615 26th St, which just came on the market. Both it and it's neighbor across the street, 1616 26th St listed by Lyon, were built in 1910, as was the Prairie Bungalow at 1514 23rd St that was just recently listed for sale by Keller Williams. At the opposite end of Midtown in Boulevard Park, Lyon has 427 21st St and 328 22nd St for sale, which were built in 1908 and 1920 respectively. For more information about Sacramento bungalows, check out an introduction Sacramento Bungalow Heritage Association founding member Kerry Phillips' has written, "What is a Bungalow?" While these aren't the only bungalow homes for sale in Downtown and Midtown, they give you a good idea of the variety of homes you can find in the bungalow style... View the rest of the post here.

please advise as to how we can be listed as a resource on your website or reach your membership.

We look forward to assisting your members with all of their historically accurate carpet needs. 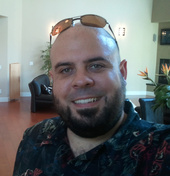 News, information, and events for Downtown & Midtown Sacramento and the entire Sacramento region.