Newport, Rhode Island attracts a LOT of real estate buyers and for good reason! It's easily one of the most beautiful cities in the US, if not the world (America's Prettiest Towns, 24 New England Towns). Newport has a thriving and well managed tourism industry, is home to the Naval War College and Salve Regina University, and is host to a multitude of national and international sailing events. This creates the perfect storm of renters.

As a general (seriously, this is a "GENERAL" rule) you can legally rent two times per year in the city of Newport without too much restriction, although there are many who think any registration at all is too much restriction. Considering neighboring Middletown and Jamestown have no restrictions, it does get a little onerous.

This post will focus on the common scenario of renting two times per year; Winter and Summer. A very general rule is renting from Labor Day to Memorial Day (Winter) and Memorial day to Labor Day (Summer). There is a VERY active market of year round rentals I will talk about in other posts.

If you don't live in the house you must register with the City of Newport as a Guest House once a year.  The cost is $20 for Registration and $25 for Inspection as of September 2014 for the 2014-2015 year.  Fines of $1,000 per day can be levied for unregistered houses. The inspection is primarily a fire safety inspection; do you have up to date smoke and carbon detectors and do you have safe exits in case of fire. Rhode Island in general has pretty rigorous fire safety rules, many due in large part to the fall out from the Station House Fire in West Warwick, RI which claimed 100 lives. (Station Fire and Impact on Fire Regulations)

Successful summer rentals are usually furnished and fitted out with basic kitchen needs. Renters are looking for a nice place to live, and will shop around taking into account location, parking, amenities like laundry and well laid out kitchens, as well as the quality and finish of the apartment. They are generally willing to pay a premium for nice places. We can use this rental as an example of a twice yearly rental: Sample Rental

Winter rentals are generally filled by Salve students, faculty and staff, Roger Williams students, faculty and staff (less frequently due to distance to Bristol)  and maybe some geographic bachelors from the Navy. There are short term winter classes at the War College that will bring families for some odd lengths of time, maybe 6 weeks or 4 months, and that can help keep a rental property in the black financially. Salve students are often looking a full year in advance.

So what can you expect to make? In the example above, it's a 2 BR | 2BA second floor condo located on Perry Street. Perry sits between Bellevue and Spring Street, south of Memorial. The condo has off street parking and allows cats. In the summer of 2014 the condo rented for $9000 for the summer season and $1600 per month is the asking for the Winter Season. At last viewing, in the second week of September, it had not rented for the winter.

Assuming it rents for the winter for at least $1500 per month, the annual income should gross at $22,500 for the year.

Let's look at another example:

Here's a 3BR right in the center of Yachting Village (what people usually think of as "Downtown", Map of Yachting Village) furnished comfortably but nothing fancy, with 2 bathrooms, a wall mounted flat screen tv, no off street parking, very little outdoor space and a strict no pet policy. This is a nice building but the location on Ann makes it more appealing to the crowd in their early twenties rather than older more economically stable tenants.

The apartment rented for $9500 for the summer season and $1700/mo for the winter season with utilities paid by the tenants. If all of the other units in the building are on the same sort of rental schedule and fee schedule this owner should be in the position to make a profit after maintenance, insurance, mortgage, taxes and repairs.

Another scenario is :4 BR House in Fifth Ward (generally the southern part of the city, neighborhood bound by Narragansett Avenue to the North and Ruggles to the South, but I've never seen a consistent boundary line), with off street parking and maybe a garage, a nice yard, a big basement with laundry machines in good condition, hard wood floors, kitchen updated in at least the last ten years and at least a half bath on the first floor, if not two or more bathrooms.  This is a great house for renting to the Navy year round, but if you wanted to have some time in the summer in Newport, you could do some shorter term rentals here.

As an aside: The Navy is discussing cuts to the Basic Allowance for Housing (BAH) for next year, and we may see reductions for Newport in the 6% range. That's still pretty generous if you look at the overall rates and shouldn't impact Newport significantly in the big picture. DOD Cuts

The house described above, unfurnished, 1.5 bath, large lawn, detached garage, laundry hook ups in the basement, just rented for $2600 per month for three years. Another smaller one in the same area, but three bedrooms, less imposing presences, rented for $2000 for the winter.

It all depends on your goals. Are you looking to cover expenses on your summer home? Or are you looking to find that property that you can buy at the right price, fix and rent to make some extra income? Whatever you do, hire an expert to guide you through! From searching for potential properties, to connecting you with local vendors and service suppliers to searching for and vetting the best rental candidates, you don't need to reinvent the wheel. Talk to a professional with a proven track record who can save you time and headaches. 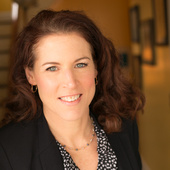