Are you voting in the Arrowhead Lake Association Elections this month? There are a few candidates that would make great additions to the ALA board. There are elections open in the Grass Valley District, At Large and North District.

There is one campaign for a few candidates that keep spreading about corruption and other things. They are flat out myths and misleading on purpose just to gain votes. Do you really want a person, persons like this on a board that you as property owners have a vested interest in? I know I don't, nor do I want my friends, clients or anyone to be lied to for political gain.

Myth one: Shutting down Loan Pine Island. This has been stated by on individual on behalf of three candidates as fact, this individual actually admitted to Lone Pine Island residents that this was a lie, and it was just a way to gain votes. This is a flat out lie. The lake can be used on a 24/7 basis, but keeping noise down at curfew hours is normal. They are misleading you in to believing this is shutting down completely, a lie.

Myth two: No music on the lake. This again is being spread by one individual as fact, once again this is not true.  Noise levels at a reasonable time on the lake would be normal, but to take music away entirely, a lie.

I know who I support. Bob Donaldson who is running for At Large, he is a smart man who has the lake as his best interest. Dave Bennett for Grass Valley Lake area, he is a local businessman who has spent numerous years on various charities. Rich Sellers for North District, he has the experience in finance and running large departments to help on any level. Protect our lake from these lies and the corruption of a couple of board members who are only in it for their own interest from the ALA instead of doing what is best for our association. 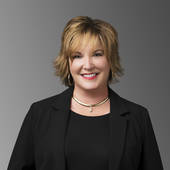 The Lake Arrowhead Lifestyles® Blog is all about the Lifestyle of living in the Mountains. From Lakefront to Charming Cabins, to fishing, golfing, sailing, kayaking or just taking in a Sunset or two, find the lifestyle waiting for you.