I was making the rounds of open houses on the weekend. I like to meet agents and see how houses are being presented to buyers. House #1 was a one floor new build. It was my dream home if I had $1.6 million dollars ;). I loved everything about it! The key areas of this home were staged and it showed well.

House #2 was a two storey home. It had some wonderful features but presented as crowded. Apparently the seller was a developer and this was his own home. The Stager in me wanted to thin out the decor. There was just too much of a good thing! LOL. The sump pump sounded like Niagara Falls and that made me nervous. The whole house smelled strongly of air freshener which I find a turn off. Some buyers will wonder what smell they are hiding and some will be allergic to it.

House #3 was a two storey new build in an old neighborhood. The home was well presented and the yard was a Wow.

House #4 was a renovated bungalow on the same street. The deep purple walls in the living/dining room were a no no to the Stager in me. I wonder how many purple people there are out there looking. The biggest turn off in this house was the one and only bathroom which was very dated compared to the rest of the house.

House #5 was another renovated bungalow. It's neighbor on two sides was a well kept cemetery. That could be a boon to some and a scare to others. The renovation meant you entered directly into the kitchen/dining room area and had to walk around an island to get further into the house. I went down a narrow staircase to the great room in the back. I found the house very chopped up with too many little levels and felt cramped.

House #6 was a side split. The seller had put a lot of money into the backyard pool area but basically nothing into the home's interior. Some rooms were empty and they were all run down in appearance. The agent asked me what I thought after seeing the house. My guess was the house had just been through a nasty divorce. A paint job would have made a big difference in the presentation of this house.

The basics of staging stood out for me.

Make sure your home is well presented so that it appeals to the maximum number of buyers and gets you the best possible result.

I bet it is interesting going to open houses with the eye of a stager!  Really enjoyed reading your thoughts on the houses you saw.

I have never done this, and probably should.  Do you tell them you are a stager and not potential buyer?  Do you ever give any advice?

Thanks Susan! I just love seeing houses that's one of the reasons I'm a Stager.

Sharon, it depends on how busy the agent is when I arrive. If possible I do introduce myself and leave my card. I only give my opinion if I'm  asked

! It can help them see the benefit of calling in a Stager. 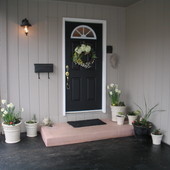