I have an embarrassing admission to make.  The other day I was in the bathroom, and well, I was having a little trouble with my plumbing.  I tried and I tried but I could not get the bathroom sink to drain.  A bottle of Drano and a gallon of liquid plumber later and it was finally draining....barely.  I was determined so I took apart the pipes under the sink and that's when I discovered the real issue.  My pipes were full of rock hard petrified sludge...no wonder the pipes didn't drain.  I put the sink back together unable to solve the problem and I was pretty upset to say the least.  I was complaining to a friend of mine and he said, "Joe, why don't you just use MiracleMites?"  "MiracleMites!!! What the heck are they?"  Well, let me tell you about this drain cleaning miracle.

pipes.  They literally scrape you pipes clean with their tiny little jaws.  You can even order them on the Internet at http://www.miraclemites.com/ and they will be shipped to you overnight from the MiracleMite farms in El Centro, California.  That's what I did.  I ordered enough for 2 treatments.  I put ½ cup down the sink drain and another ½ cup down the toilet.  My pipes work great now and I haven't had a clog since.

For extremely restricted pipes, the folks at MiracleMite farms have an extra strength solution.  They have discovered a rare breed of Formosan Termites that lives in Asia three times the size of regular termites and they are just plain mean.  They eat all the sludge from even the most neglected pipes in just three days.  Only specially licensed plumbers can use the Formasan variety.  Treated pipes must be scalded afterwards to kill all living termites since given enough time they will eat through the pipes to get to the wood inside the walls with their razor sharp jaws.

The incredible success of MiracleMites has caused a lot of copycats.  Be sure you get the authentic MiracleMites which are guaranteed.  A lady in upstate New York heard about MiracleMites on the Oprah Winfrey show.  Frustrated with the chronically clogged pipes in her century old farm house, she asked her husband to order some MiracleMites.  Instead of ordering them from the MiracleMite website, he ordered his on Ebay.  What he got in the mail a few days later were not the environmentally safe, guaranteed MircleMites but black market Formosan termites.  They cleaned the pipes alright, and then ate through the ancient cast iron in 5 places causing over $100K in damage.

Each year American use over 5 million gallons of drain care products, polluting our environment and poisoning the eco system and wreaking havoc with sewage treatment plants.  Not Miraclemites.  They are a totally safe green solution.  Several cites, including Oxnard, now offer their citizens rebates on MiracleMites.  Today, April 1st, the folks at the MiracleMite Farms have 25% off for the first 50 customers who mention they read about it on my blog.  Just click on the "Termites at Work" button to take advantage of this special offer.

Never heard of them.  Very interesting.  Thanks for sharing.

Have you heard of the Japanese product Godzillamites they are 100 times the size of the Formosan variety bred to clean city sewer pipes. So far only the small town of Usofuni has been destroyed by escaped Godzillamites. So listen to the people of U-SO-FUNI don't by the product.

Termites Are At Work...I love That real estate sign!!!!  AWESOME!!

Like
Alan Kirkpatrick
Austin Texas Homes - Round Rock, TX
Alan in Austin
Joe: Miracle mites are real. I was talking with one this afternoon. Have a great week.
Like
Hope Goss
Ventura Property Shoppe - Ventura, CA
Ventura Real Estate

Quite a sense of humor!  I just experienced the same problem, except it was in both tubs.  They did a hydrowash out to the street.  They guaranteed it for 3 years and everything is draining great now! 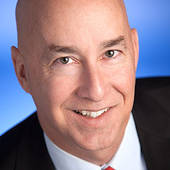