Sitting here at my desk I am reflecting on where I was on September 11, 2001. I was doing real estate part time. I think I only had my real estate license for a year, maybe two. My main source of income was driving a truck. I had a route that I drove every other day from Groveland, Fl. to Atlanta, Ga. I remember being in downtown Atlanta and getting a call from my dad to turn on my radio immediately. I turned on the radio and listened in disbelief. At this time, the news was saying that we were under attack and that every major city in the United States could be under attack. The place where I was unloading quickly pulled off all of the freight off of my trailer and told me to get out of town quickly.

As I was driving through Atlanta on my way back to Groveland, Florida, I couldn't believe what was happening in our country. At 25 years of age, I knew the world that I lived in would change forever.

Years later, when I was in the Fire Academy (I am a state licensed Firefighter/EMT in the State of Florida, but do not work in that industry), I was honored to be part of a 9/11 tribute and listen to a paramedic who was actually at ground zero on that tragic day. To hear the event from a guy who was on the ground is amazing.

There are days in history that we will never forget where we were and what we were doing. For some it is November 22, 1963 (John F. Kennedy Assassination) or maybe even January 28, 1986 (Space Shuttle Challenger Explosion). For me, it is September 11, 2001. Where were you?

We clearly remember where we were when the attach happened.  We were doing real estate full time and were awakened by a family member's phone call to put the television on that one of the twin towers was on fire.  One look and we were glued to the TV, we saw the second tower get hit and then the rest was history.  Since we live less than 3 miles from downtown Manhattan we could see and smell the smoke and then see and hear the fighter jets flying overhead. Very emotional day being we were so close.........truly will never forget. ~Karen

Karen- That must of been something to hear the fighter jets flying overhead. 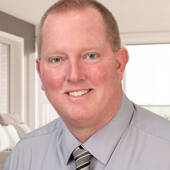